The Greene Fling Baseball Tournament got underway on Friday with North Greene's Jeshua Crawford striking out 10 and driving in 4 runs against South Greene. In the nightcap a pair of long balls propelled Cherokee to an 11-2 win over West Greene. 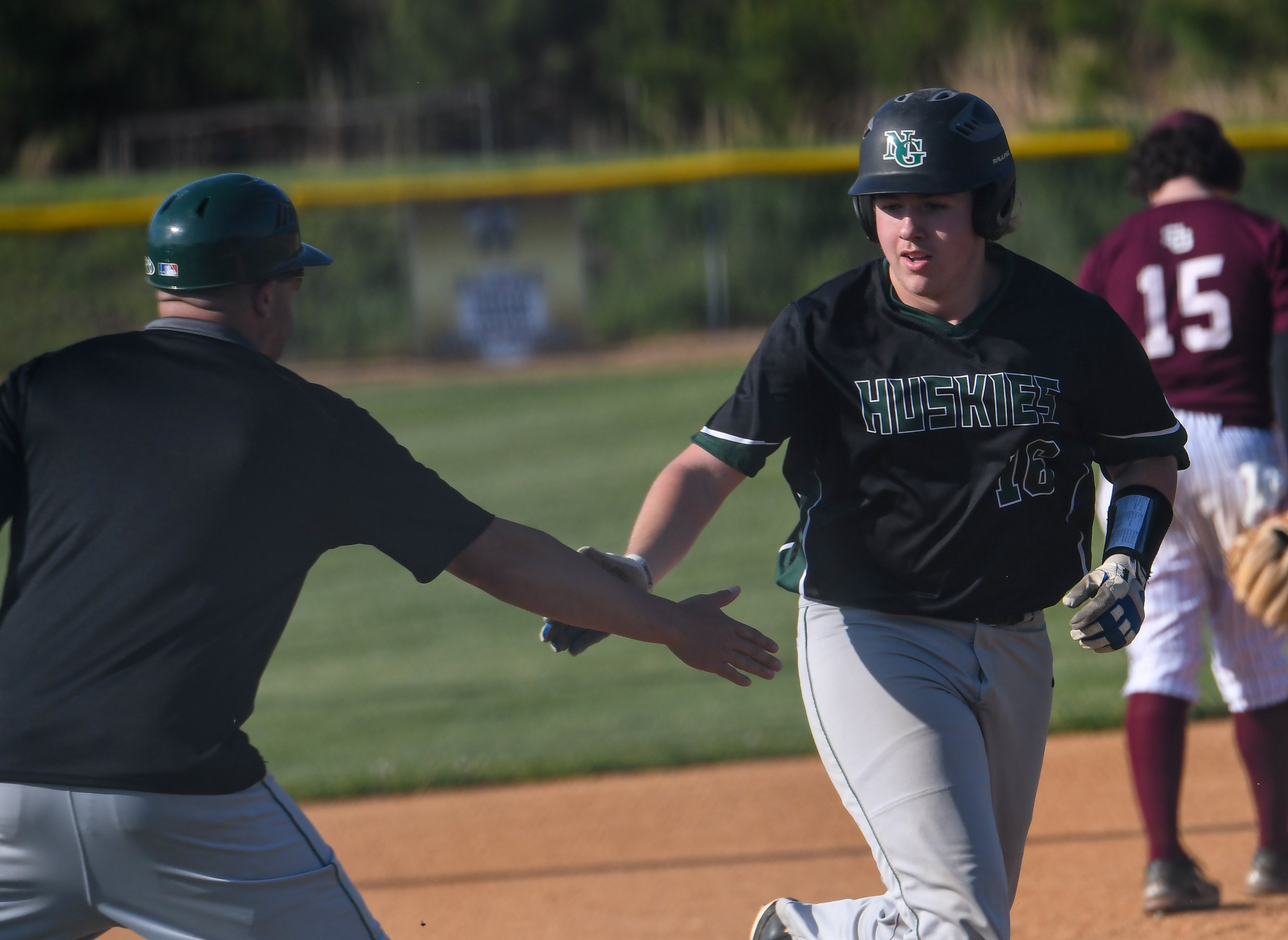 Jeshua Crawford got it done on offense and defense for North Greene on Friday night as he struck out 10 on the mound and drove in four runs at the plate to lead the Huskies to a 6-1 win over South Greene in the Greene Fling Tournament at West Greene.

“Jeshua was really on on the mound today,” North Greene coach Jason Lowe said. “He was leading Northeast Tennessee in strikeouts, so getting 10 more should help him with that. He’s steady and throws strikes, and when he gets his off speed over the plate he is really hard to hit.”

The win was North Greene’s first game in a week since dropping two to Volunteer last Friday, but now the Huskies are looking ahead to a tough stretch with nine games in 11 days.

“We were looking to bounce back after dropping two heartbreakers last Friday,” Lowe said. “It was good to get back in the win column. We’ve been off for a week so I was hoping there wouldn’t be any rust, because I think this break could be really good for us. We seemed to have fresh legs, and we are getting ready to play a lot of baseball, so hopefully that break helped us.”

Friday’s win also marked a milestone for Lowe as he earned his 100th career victory as the Huskies head coach.

The Huskies got the scoring started in the top of the first inning, and it was Crawford who did the damage. Brady Harkleroad reached base with one out when he whizzed a line drive past T.J. Buckner on the mound. Harkleroad stole second and then Crawford pounded and line drive to straight-away centerfield for a 1-0 North Greene lead.

That lead grew to 2-0 in the third inning. Harkleroad led off the inning by sending a ground ball deep into the gap on the right side of second base for a single. A steal moved him to second and a balk put him on third. From there a groundout by Tanner Sexton pushed the runner across the plate with only one hit allowed in the inning.

Through the first four innings North Greene put some well hit balls into play, but South Greene’s outfield found its way under almost all of them. So in fifth inning Crawford decided to place one where the Rebels could not reach it as he lofted a fly ball over the left-field fence for a three-run home run that gave North Greene a 5-0 advantage.

“Sometimes in baseball you it hard, but you hit it right at them. We had that problem a little but early,” Lowe said. “But Jehsua is a threat. He’s a strong kid and when he barrels one up he can hit hard.”

Still in the fifth inning Colton Robbins was hit by a pitch, and after two stolen bases Adam Weir sent a line drive the opposite way to push the lead to 6-0.

South Greene got on the board in the bottom of the seventh inning. Tucker Brown and Hayden Hartman got things going with consecutive singles. Then Jesse Lawing put a sacrifice into centerfield to score Brown.

On the mound Crawford tossed a complete game with 10 strikeouts, one walk and six hits allowed.

Buckner took the loss for South Greene, in four innings he had four strikeouts, three walks and seven hits allowed.

Hartman threw the final three innings with two strikeouts, no walks and one hit allowed.

Cherokee lit up the scoreboard early on Friday night and stayed in front the whole way in an 11-2 win over West Greene in the Greene Fling Tournament.

The Chiefs used a pair of long balls to take a 6-0 lead in the top of the first inning. Cole Putnal started the scoring when he sent a two-run home run over the left field fence.

Cherokee then loaded the bases for Isaac Williams who cleared them on the first pitch he saw with a no-doubt grand slam to left field.

After Matt Newton struck out the side in the bottom of the first frame Cherokee pushed the lead to 7-0 in the second inning.

Aidan Webb reached base and moved to second base on a softly hit groundball that was thrown away at first base. He went to second on a wild pitch and scored on a groundout without the Chiefs earning a hit in the side.

West Greene’s defense settled in over the next three innings and sat down nine of 10 batters that came to plate in that stretch.

The Chiefs got going again in the sixth inning as two hit batters and one walk loaded the bases. Putnal then put a fly ball into right field to score two runs.

Newton put a sacrifice fly into centerfield to score one run, and then defensive interference scored another to push the lead to 11-0.

West Greene got on the board in the bottom of the sixth inning. Keith Valentine led off the side by beating out a single to the right side. An error put Cameron Wilhoit on first and allowed Valentine to reach third. Valentine scored on a double steal that did not catch Wilhoit at second either. Wilhoit then scored on a wild pitch.

Tweed took the loss on the mound. In 5 1/3 innings he struck out five, walked four and allowed nine runs on just three hits.