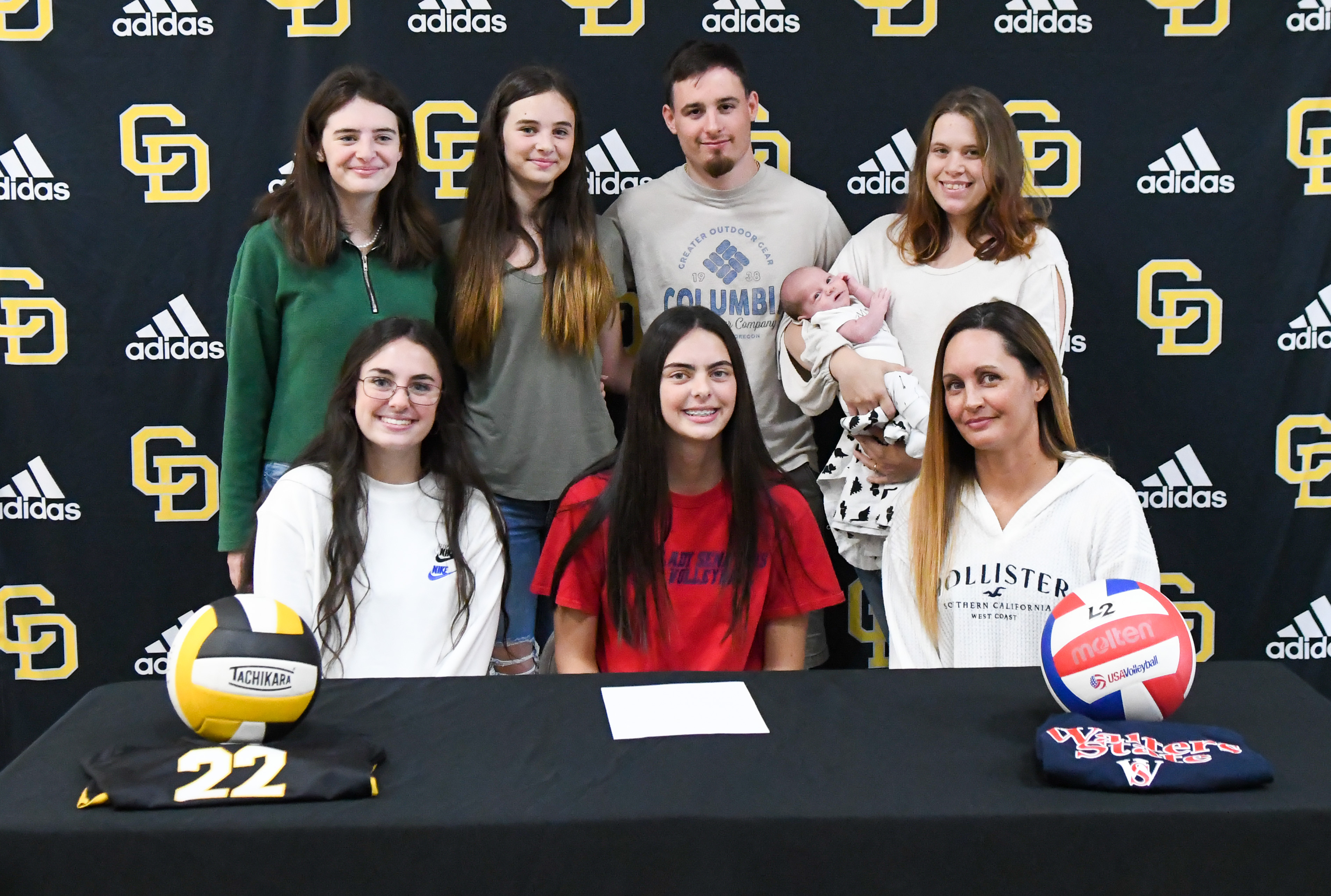 Chuckey-Doak’s Haylee Richardson has always loved playing volleyball and she is excited that she gets to keep doing it in college after signing with Walters State on Thursday.

“I’m very grateful to be playing in college,” Richardson said. “Financially I did not think it would be an option for me, but Walters State has really helped me out. Volleyball is something I’ve always done, and I can’t imagine my life without. I know I would have missed playing if I didn’t get this chance, and signing today is a big deal to me.”

Walters State has quickly become one of the top junior college volleyball programs in the state since starting up in 2012. The Lady Senators went 14-10 in 2021, but in each of the two prior seasons they advanced to the NJCAA Southeast District Championship.

Richardson is excited to be joining a successful program and is also excited that she can still play close to home in Morristown in front of her friends and family.

“I didn’t want to leave home, and it’s nice that I can still have family come watch me play,” Richardson said. “I have lot of friends here and a lot of them will be going to Walters state too. I’m excited that they can come cheer me on. We’ll start working soon and I’m excited to get up there and meet my teammates.”

Richardson was a three time All-District player with Chuckey-Doak. She was primarily used as an outside hitter, but was also one of the Lady Knights best passers, setters and servers. She thinks that versatility will help her at the college level, and she is willing to play whatever roll the Lady Senators ask of her.

“I think it’s very good to be able to play multiple positions,” Richardson said. “I’ll go in as an outside, but if I have to play back row I can do that. I think being versatile is a good thing, and I’m willing to try to learn new things and be taught new things when I get there. I’ll play wherever they need me.”

Richardson is hopeful to continue her playing days after two years at Walters State while also continuing her education and getting a nursing degree. Once she graduates Richardson hopes to become a travel nurse.

“I plan to get my associates in some type of health degree, and then go on to get a nursing degree,” Richardson said. “I’ve always liked the idea of nursing. I’m taking anatomy right now, and I’ve always been interested in classes like that. A lot of my family members are in the medical field and I’m excited to be a part of that.”