Chuckey-Doak Spreads The Wealth In 79-56 Win Over Cherokee 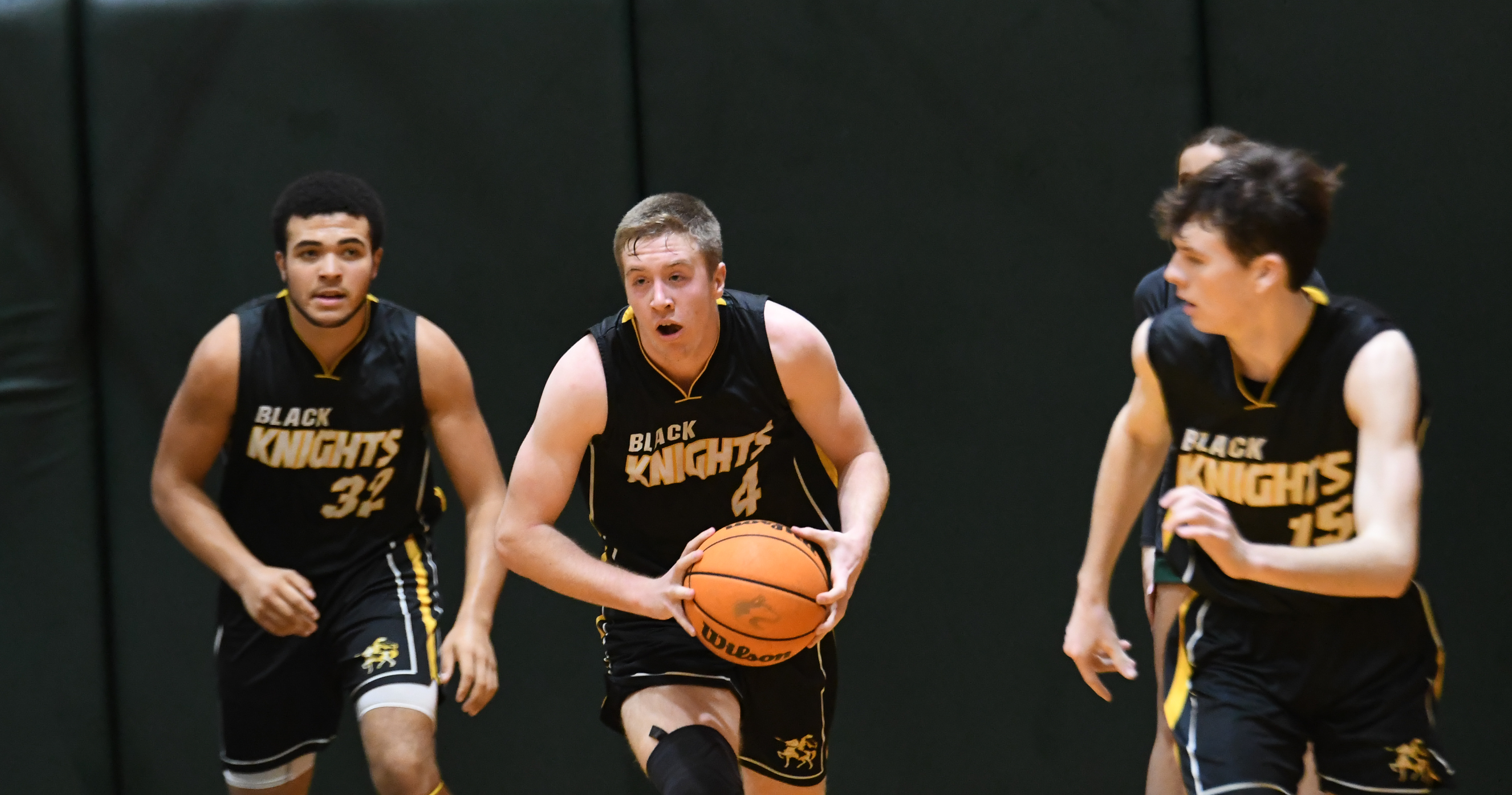 Chuckey-Doak Spreads The Wealth In 79-56 Win Over Cherokee

The Chuckey-Doak boys kept building on their momentum on Tuesday night by taking down Cherokee 79-56 for their eighth straight win.

The wealth was spread out between 11 different players that added their names to the scoring sheet in the win.

The Black Knights started hot by building a quick 10-0 lead in the opening stages of the game and never looked back.

“We came out on fire. We got after them and turned them over and we got a lot of easy buckets off our defense,” Black Knights Head Coach Sam Broyles said.

Cadin Tullock busted a three-point shot from the top of the key on their opening possession. Christian Derry expanded his range and knocked down a triple from behind the arc next. Dillon Shelton finished strong at the rack and added two layups in the paint to keep building onto the early lead.

Bryce Elliott scored on a layup for Cherokee’s first two points of the night.

Another three-point bomb from Tullock and a layup from Ethan Grindstaff kept the engine running for the Black Knight offense.

Elliott drained a three to cut the lead down to 15-8.

Nobody could stop Derry in the paint and he effortlessly added two more layups down low.

Sam Riddle made his way through the lane and got a layup to fall for Chuckey-Doak. Cadin Tullock dialed up his third three-pointer of the quarter to close out the first with Chuckey-Doak ahead 26-15.

Tullock’s 19-point performance led all scorers, and eleven of those points came in the opening quarter of play.

Shelton stood all alone under the rim and added two wide-open layups on back-to-back trips to extend their lead to 32-18. Shelton produced more offense with an assist to Ethan Grindstaff for another lay in off the glass.

Elisha Jones and Colton McLain slashed through the paint for a layup each for the Chiefs.

Luke Myers had a great run in the second quarter with a layup and a three-pointer to score five-straight for the Black Knights. Brasen Murvin scored a layup in the paint for Chuckey-Doak’s last bucket of the half.

Lofton Hayes beat the buzzer with a short mid-range jumper but Chuckey-Doak led 47-29 at the intermission.

Will Price received two lucky bounces on the rim before his layup fell through the net for two. McLain splashed a three-point bucket next for the Chiefs.

Tullock kissed the ball off the glass for two easy points then tipped a shot on defense to keep a possession off the scoreboard. Brock Rush spotted up from deep to land a three-point bucket through the net.

Will Price used a spin move in the paint to create space and down a layup. Jaxon Markham cut the Black Knight lead down to 54-41 with a three-pointer from outside the perimeter.

“The biggest thing is keeping these guys focused when you get out to a big lead like we had. The third quarter we had eight turnovers and there’s no telling how many missed layups. It’s just losing focus and I thought that kept Cherokee in the game,” Broyles said.

Tullock made sure to eliminate the threat of a comeback with two layups in the paint. Christian Derry had a tough time getting his shot to fall but gained three rebounds in the paint and got the third attempt to fall for a layup.

Murvin dropped a free-throw line jumper through the net for two points and Grindstaff outraced everyone to the hoop for a layup.

Bryce Elliott rattled home a three-point shot for the Indians.

Brock Rush stepped in front of a pass and went coast-to-coast for a finish at the rim.

Four players came off the bench late for Chuckey-Doak and added their names to the scoring sheet. Noah Baughman, Nick Polazzo, Gage Crum, and Cash Paysinger each added a layup late in the game.

Chuckey-Doak would prevail 79-56 to improve their record to 11-1 (2-0) on the year and win their eighth-straight game.

“Our defense was a lot better tonight. We played man the entire game and we’re getting better at it but it takes time,” Coach Broyles mentioned.

Cherokee put three players in double figures with Will Price scoring a team-high 15 points. Bryce Elliott followed behind him with 13 points and Colton McLain produced 12 points.