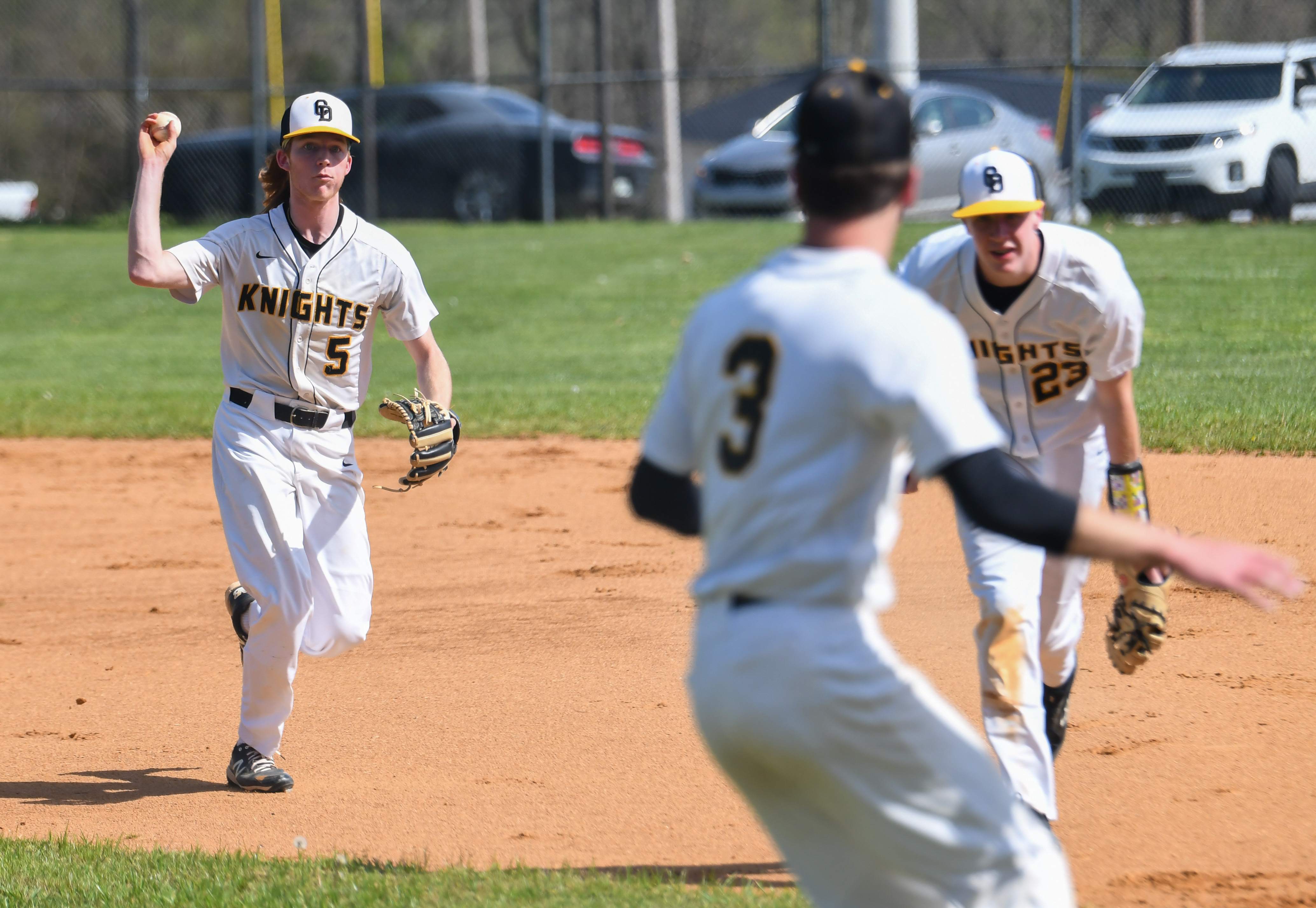 The Chuckey-Doak baseball team did not have the pop in its bats that we grown used to this season on Wednesday afternoon, but they figured out how to keep the offense rolling anyway and took down West Greene 11-0.

“West Greene is a good team, and sometimes we struggle hitting slow pitching,” Chuckey-Doak coach Jimmy willett said. “We got a few through, but we didn’t it hit it well. We got too relaxed, and there is fine line there because I want them to be confident. This is a good team, and if we can stay focused and healthy, we can do some good things.”

The Black Knights earned just eight hits to score 11 runs on Wednesday, but they took four extra bases after errors at first base, stole five bases and took three more on passed balls to supplement the offense with their legs.

“We have to keep working on those other things,” Willett said. “We talked about it after Monday that we have to work on our timing and jump. We have to take advantage of it.”

“Pitching did a good job today, we didn’t walk many,” Willett said. “The three I threw today are probably my top three. But I still have more I can use."

Chuckey-Doak started the day with two unearned runs in the first inning. Cadin Tullock was able to reach second after a ground ball to third base was thrown away. Willett then slammed a double high off the big wall in right field for an RBI double.

Connor Lamons then reached on a close play at first where the umpire claimed West Greene’s Maddox Garber did not keep his foot on the bag. That allowed Willett to cross safely with two outs for a 2-0 lead.

Chuckey-Doak’s unearned run total moved to four in the second inning as the lead grew to 4-0. Daytn Bowman led off by going to second on a ball that was thrown away at first base. Luke Myers then laid down bunt that was thrown into right field an allowed him to go all the way to third base.

Willett then lobbed a ball high into center field that was lost in the sun to result in a double that scored Myers.

In the third inning Fletcher reached on a walk and ended up third after a balk and a passed ball before scoring when Dillon Shelton put a sacrifice fly into right field.

Bowman and Myers then put consecutive singles into left field. Austin McBurnett sent a chopper to first that bounced awkwardly, but resulted in a force out at second. Bowman scored on the play and McBurnett reached second on the throw to the plate. He scored when Tullock split the left-center gap for a 7-0 lead.

The Black Knights scored four more runs in the fourth inning. Connor Lamons led off the side by legging an infield single before Fletcher and Shelton loaded the bases on a pair of walks. Myers then worked a bases-loaded walk to push the score to 8-0.

Tullock slammed a double off the fence in centerfield to score all three runs and put West Greene in front 11-0.

In the top of the fifth inning Austin Wampler bounced a ground-rule double over the left-field fence for West Greene’s only extra-base hit of the day.

Tullock went 2-for-4 with two doubles and four RBIs for the Black Knights. Willett went 3-for-3 with two doubles, fletcher was walked in all three plate appearances and scored twice.