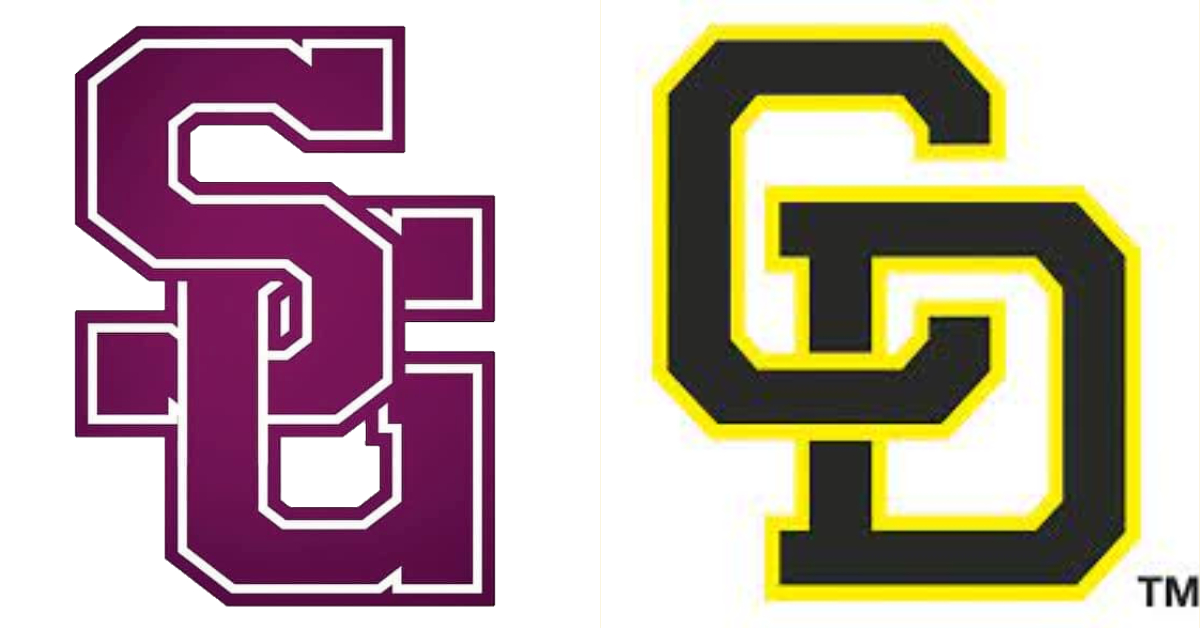 For the past four years South Greene has sat on top of Greene County football standings and claimed the last four County Cups, but this year Chuckey-Doak feels like it has what it takes to dethrone the Rebels.

They will find on Friday night when the squads kickoff at 7 p.m. on Rebel Hill.

“A rivalry like this has the kids excited,” South Greene coach Shawn Jones said. “There has been a lot of talk about this one, but we are ready to get on the field and play. The County Cup is important, and it’s a big rivalry game. Chuckey-Doak doesn’t like us too much, and we don’t like them too much, and that should make this a good one.”

Chuckey-Doak comes into the game with a 3-1 record and riding a three-game win streak. The Black Knights were off last week and the week before they beat Grainger 56-30.

South Greene is 2-3 on the year, but beat Cumberland Gap 35-18 a weak ago. The Rebels have won the last four meetings between the two schools and own the all time series 36-11. South Greene had won 12 straight games against Greene County foes before losing to West Greene on September 9.

“It would mean a lot to our guys to knock South Greene off,” Chuckey-Doak coach Dallas Kuykendall said. “But we have to be able to control our emotions. It’s an important game, a county game, but we can’t get caught up in all of the extra outside stuff. We have to be able to control ourselves and execute between the lines. We know we are dealing with teenagers and there is going to be some talking, but we have tried to stress how important it is to leave that noise on the outside. Our seniors have not won this game, and they take pride in trying to change that.”

In Chuckey-Doak’s three-game win streak the Black Knights’ have been scoring 48 points per game. The offense has made explosive plays through the air with quarterback Cadin Tullock finding Brock Rush, Isaiah Treadway and Austin Morris for big gains and touchdowns.

On top of that Chuckey-Doak has one of the most dangerous running backs in the region in Brasen Murvin. Against Grainger Murvin ran for 246 yards and five touchdowns, and he will be the first priority for the Rebels’ defense on Friday night.

“Over the years Chuckey-Doak has been a one-dimensional team, but they throw and run well this year,” Jones said. “It’s going to be a challenge for us, but one good thing is that so far this year our defense has played really good against the run. You have to stop the run first. If you can’t do that they can eat up yards and eat up the clock, and you are pretty much doomed. So, our first priority on Friday has to be stopping Murvin.”

South Greene seemed to figure some things out on offense a week ago while putting up 38 points against the Panthers. Jones feels like his playmakers can get things done this week, and that will start in the run game with Conner Race and Keyshawn Engran.

Last week Race ran for 88 yards with a touchdown while adding 75 yards receiving with another score. Engram ran for 86 yards and a touchdown against the Panthers.

“We looked at the film against Grainger and Grainger had some success running the ball, so we are going look to duplicate some of that stuff,” Jones said. “But if they do focus on stopping the run we have to get the ball to our skill kids. No matter how we do it, we have to put points on the board this week. We have to make sure we score when we get in the red zone, and we can’t have turn overs. The last two weeks we have had eight turnovers.”

According to Kuykendall one thing that makes South Greene harder to defend this year is the pre-snap motion and misdirection the Rebels are using. That means Chuckey-Doak’s linebackers will have to be sharp and able to make adjustments on the fly.

“They motion a lot more than they have in the past, which means defensively we have to make sure we are all on the same page,” Kuykendall said. “That can be tough when you are talking about high-school kids. We have to do a great job communicating. It does help that those guys at linebacker have all played a lot of ball for us. Josh Guy, Cayden Masters, Rio Little, Dillon Shelton have played a lot of meaningful snaps for us and they do a great job of understanding what I want on defense.”

While this game is important to both teams, things will get even bigger next week when both will play to take the top spot in their regions. The Rebels will play Hampton for the top position in Region 1-2A and The Knights will play Unicoi County to move to the top of Region 1-3A.

South Greene won last year’s meeting 48-12, and have won by an average of 19.5 points over the last four seasons.