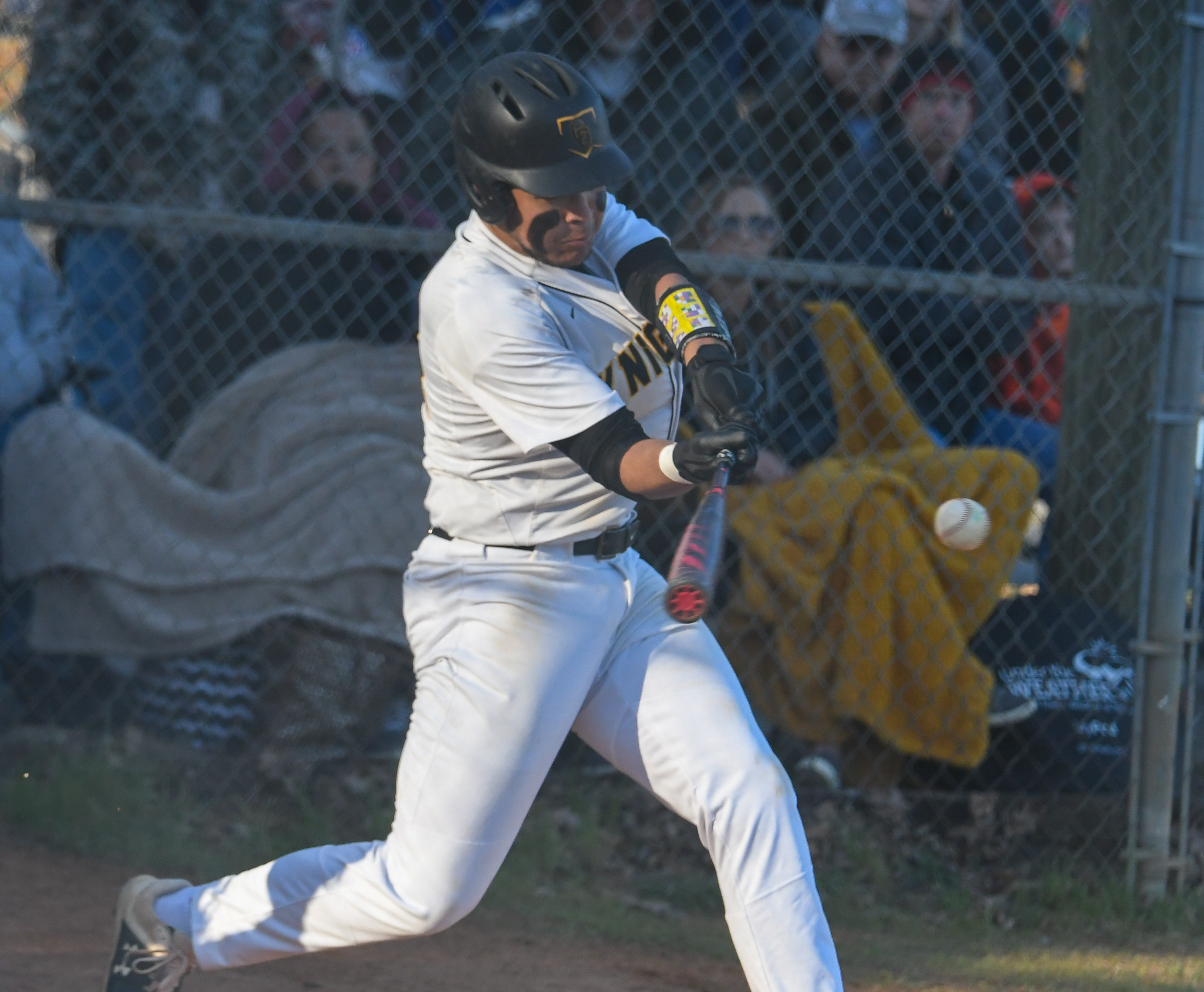 Chuckey-Doak put up four early runs and stayed ahead the entire way to claim a 10-0 conference win over Johnson County Thursday afternoon for its ninth straight win.

“They jumped out early in the first inning and got four runs, came back, and struggled a few innings, we never did get consistent,” Black Knight Coach Jimmy Willett said. “You’ve got to do that when you get deeper into the year. Hopefully we can move through tonight and play better tomorrow,”

Christian Derry started on the bump for the Black Knights and turned a quick 1-2-3 inning to retire the side in order.

Johnson County would run into trouble once the Black Knights stepped up to bat. Austin McBurnett reached base safely after a costly error at third base by the Longhorns. Cadin Tullock then took a 3-2 pitch through the left side of the infield for a single.

Connor Lamons provided another run with one swing of the bat that drove in Willett from third. Dillon Shelton’s sac-fly in the middle of the order provided Luke Myers with enough time to score from third as a pinch runner for a 4-0 lead..

Johnson County's Dakota Holt, Zach Parsons, and Trey Snyder all recorded hits to begin the third inning to load the bases with no outs. Derry’s luck turned around with the next three batters all going down in succession to escape the inning cleanly.

Graham Reece hit into a force out at the plate with Cadin Tullock making the throw home. Austin McBurnett made a clutch catch in centerfield for the second out and Snyder was called out due to interference to end the top half.

Dillon Shelton got the bats going for Chuckey-Doak again in the leadoff spot in the fourth inning with a double to left field. Datyn Bowman sprinted to first base and made it on safely to set up himself and Shelton up as Chuckey-Doak’s next couple of runs.

Christian Derry delivered an RBI with Shelton being the first to score. Bowman came jogging home after Austin McBurnett sent a hard shot to the wall in centerfield.

Austin Smith stole third base and quickly got back to his feet to score a run once the throw got away from Johnson County.

All three of the Black Knights outs would fall to centerfield but Chuckey-Doak would add to their lead and make it a 7-0 ballgame.

“They take pride in their hitting they really do,” Coach Willett mentioned. “We hit it to the deepest part of the field, but we just can’t get our timing down.”

Trey Snyder, Graham Reece, and Payton Pavusek all worked their way on base with a hit each and loaded the bases once again with no outs in the fifth inning . But just as before, the Black Knights worked their way out of a jam to hold the Longhorns to zero runs as McBurnett came on in relief.

“Christian pitched pretty well tonight he always does,” Coach Willett said. “Austin, we wanted him to get some mound time tonight and he came in and did a good job.”

Wade Fletcher notched his first hit of the night with a double into the right field gap. Dillon Shelton crushed a ball into right field and Fletcher would put the Knights ahead 8-0.  Derry sensed a bit of deja vu with a grounder to shortstop that he was able to out-run and reach safely on after the first basemen stepped off the base.

Chuckey-Doak would continue to pressure the Longhorns on both sides of the coin and finish them off in the 6th.

McBurnett spun another scoreless frame in the top 6th and finished with a swinging strikeout of Connor Stout.