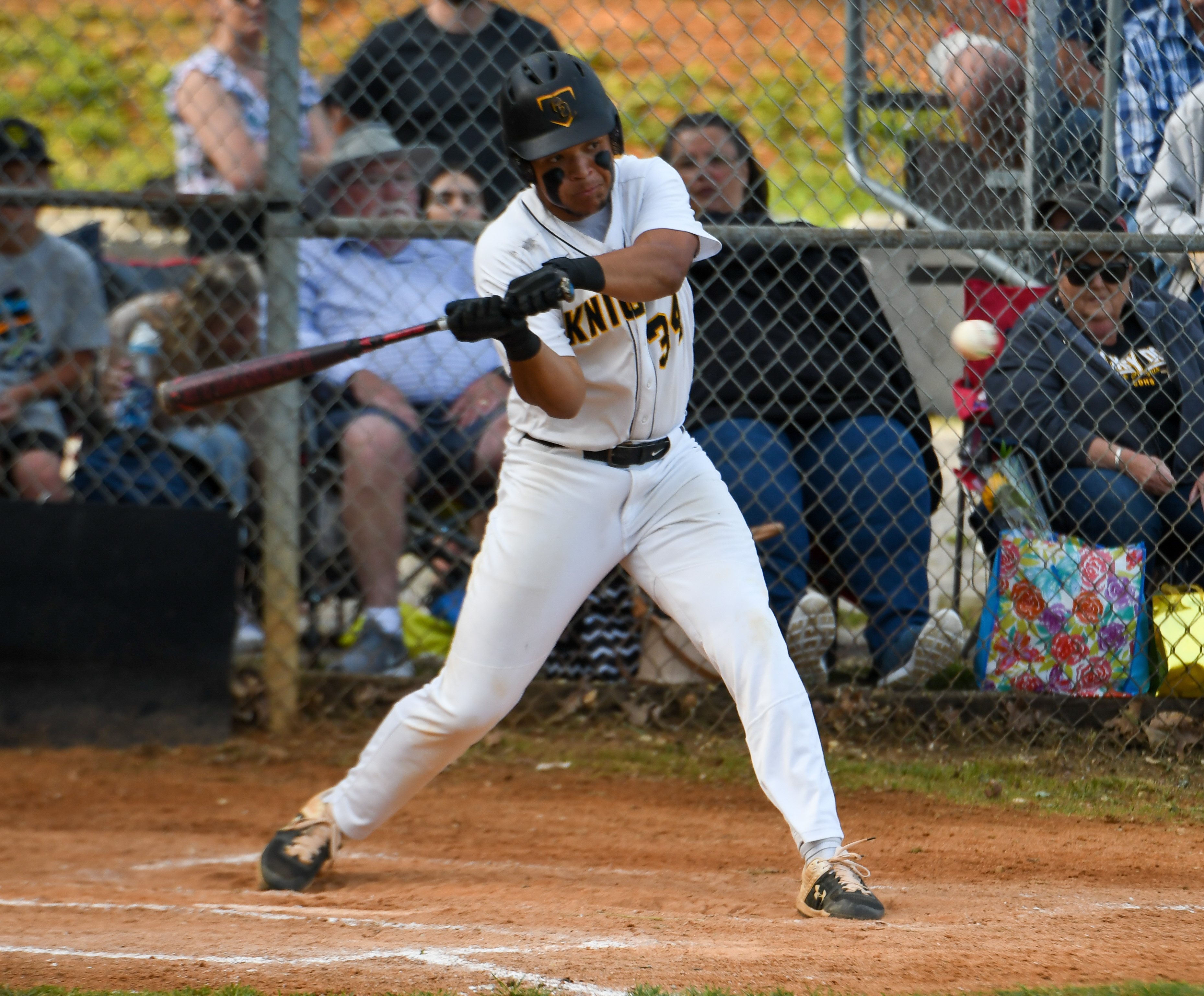 Chuckey-Doak went with a small ball approach and still was able to run rule Johnson County 12-1 to advance to the District 1-2A championship game on Tuesday.

Johnson County falls to the losers backet to face West Greene at West Greene on Wednesday at 4:30 p.m. and the winner will face Chuckey-Doak at 7 p.m. for the district championship.

Often the Black Knights have scored their runs by hitting the long ball, with 33 of them as a team this season. It was a different story Tuesday night against the Long Horns.

“We weren’t hitting the ball all that well, so we changed the game plan to bunting” Coach Jimmy Willett said.

Even while bunting the Black Knights where able to plate five runs in the fifth inning.

The Knights only needed three runs in the sixth inning to reach the 10-run rule. Tullock led things off by doubling to center field. Jaylon Willet singled on a line drive to center field scoring Tullock to stretch the lead to 9-1. Connor Lamons grounded out to the second baseman while scoring Willett to make the score 10-1. Only needing one more run to end the game Fletcher stepped up with Myers in scoring position. Fletcher hit his Class 2A leading ninth homerun of the season to bring in two runs to make the final score 12-1.

Starting on the mound for the Black Knights was Austin McBurnett. He pitched 4 1/3 innings giving up five hits and one run while striking out nine batters.

In the first inning, Connor Lamons hit a sacrifice fly to right field to score Tullock from third to get on the board first.

After two scoreless innings, Dillon Shelton bunted a single in the fourth while Fletcher scored on a throwing error by the pitcher to make the score 2-0 and Shelton advanced to second. Bowman then hit a single on a line drive to center field scoring Shelton to push the lead to 3-0.

Johnson County was able to push one run across the board in the fifth inning. That would end McBurnett’s day on the mound and Willett came on in relief for him. Willett pitched the last 1 2/3 giving up zero hits and striking out three.

The West Greene baseball team kept its season alive on Tuesday by taking down South Greene 5-3 in the losers bracket of the District 1-2A Tournament.

The Buffaloes will now play Johnson County on Wednesday for a spot in the championship game and a berth in the Region 1-2A Tournament.

On the mound Keith Valentine earned the win. In 6 1/3 innings he struck out 10, walked two and allowed six hits. Wampler earned the save by earning the final two outs.