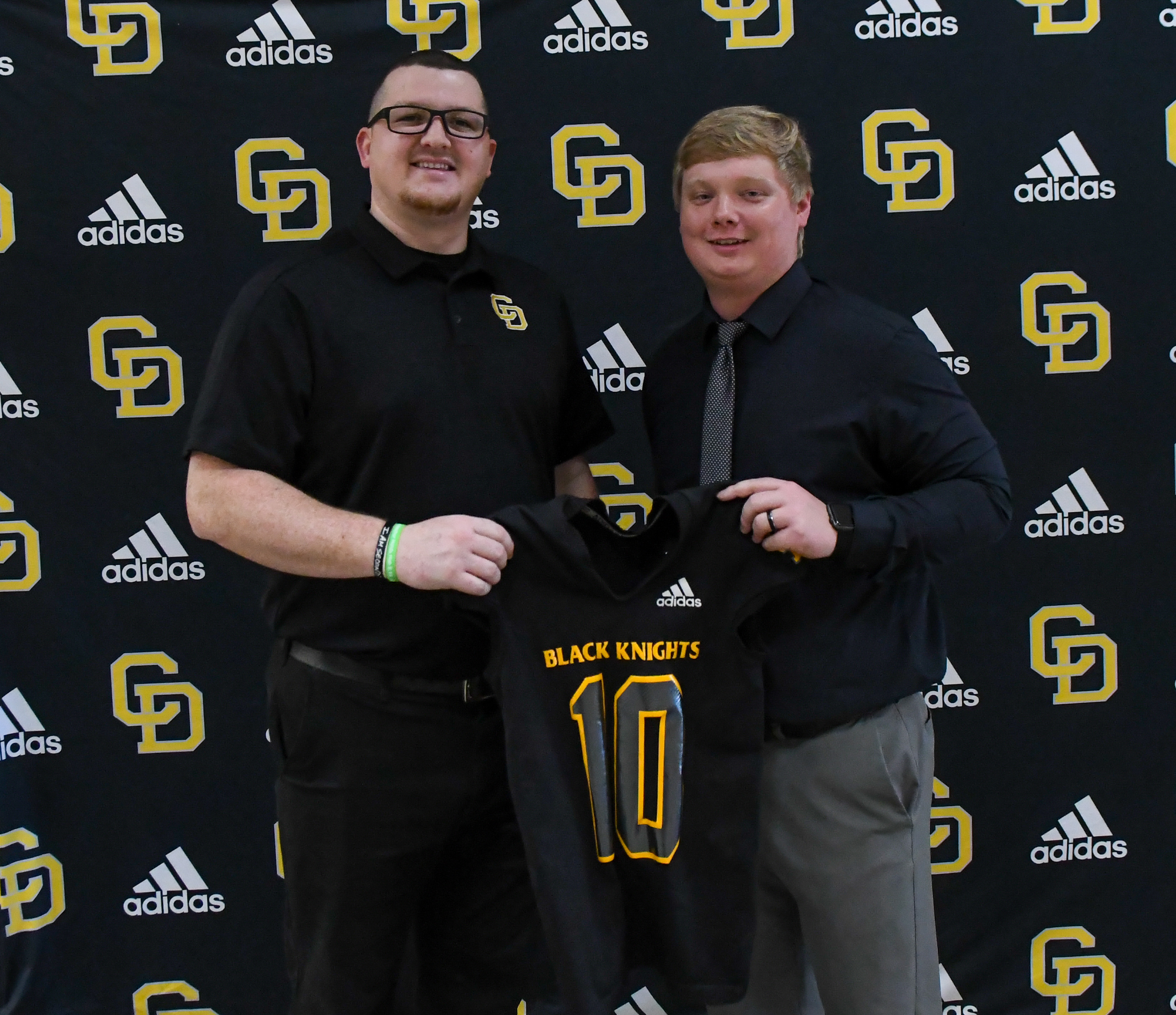 The Chuckey-Doak football program is officially under new leadership after the school announced on Wednesday afternoon that Dallas Kuykendall has been named the 10th head football coach in Black Knights’ history.

“This is where I started, I got into to coaching at Chuckey-Doak. I know the kids, I know the staff and I know what this team can be. That is why I wanted to pursue this job,” Kuykendall said. “There is a solid foundation here and that all tied together in making this a great job. It means a lot to me to have this position.”

Kuykendall has been an assistant coach with the Black Knights for the past three seasons, and is a 2019 graduate of Tusculum University where he played football. Most recently he was the Black Knights’ co-defensive coordinator and special teams coordinator. He coached the Chuckey-Doak wrestling team for one season and is currently coaching the Chuckey-Doak Middle baseball team.

Chuckey-Doak knows that there are some risks involved in hiring a 25-year-old, first-time head coach, but through the interview process the search committee grew to believe in Kuykemdall and knew that he was best person to lead the Black Knights not only this season but into the future.

“A lot of people will say that we gave him the job because he is on staff, but Dallas had to earn it,” Donahue said. “He beat out a lot of great candidates. We had over 20 candidates reach out to us. We narrowed it to about seven, and throughout the process we felt like Dallas was solid. Even though he’s young, he has a plan for our program that we are excited about.”

Kuykendall worked under both Ben Murphy and Matt Ripley at Chuckey-Doak and feels there are things he learned from both coaches that will prepare him to lead the Black Knights.

“I have learned a ton from coach Murphy and coach Ripley,” Kuykendall said. “I think what I take away from coach Murphy is his ability to connect with kids. To make sure the athletes know that they are loved and that they are a part of something bigger. Coach Ripley is a detail guy. I got to see him try to make changes as a head coach and learn how that process works.”

Now Kuykendall will have to hit the ground running as spring practice is just around the corner and then the Knights will head into summer workouts. While the new coach does not expect a lot to change within the program or with scheme he does want to put his stamp on things.

“The ball got rolling yesterday,” Kuykendall said. “We are trying to establish the best situation for our kids. We’re trying to get spring ball organized and equipment organized. That all is starting to come really fast. The big for me right now is setting the culture. We have to establish what we stand for and what we believe in, and get kids bought into that.”

For Chuckey-Doak’s players they are now being led by their third head coach in three years but Donahue is hopeful that hiring someone that the kids are familiar with will help make the transition a smooth one.

“The kids were excited about this,” Donahue said. “Coach K, as the kids call him, brings a lot of energy into the room and they were excited about him becoming the head coach. There will change from strength and conditioning Coach K to head coach Kuykendall, but I think they can handle that.”