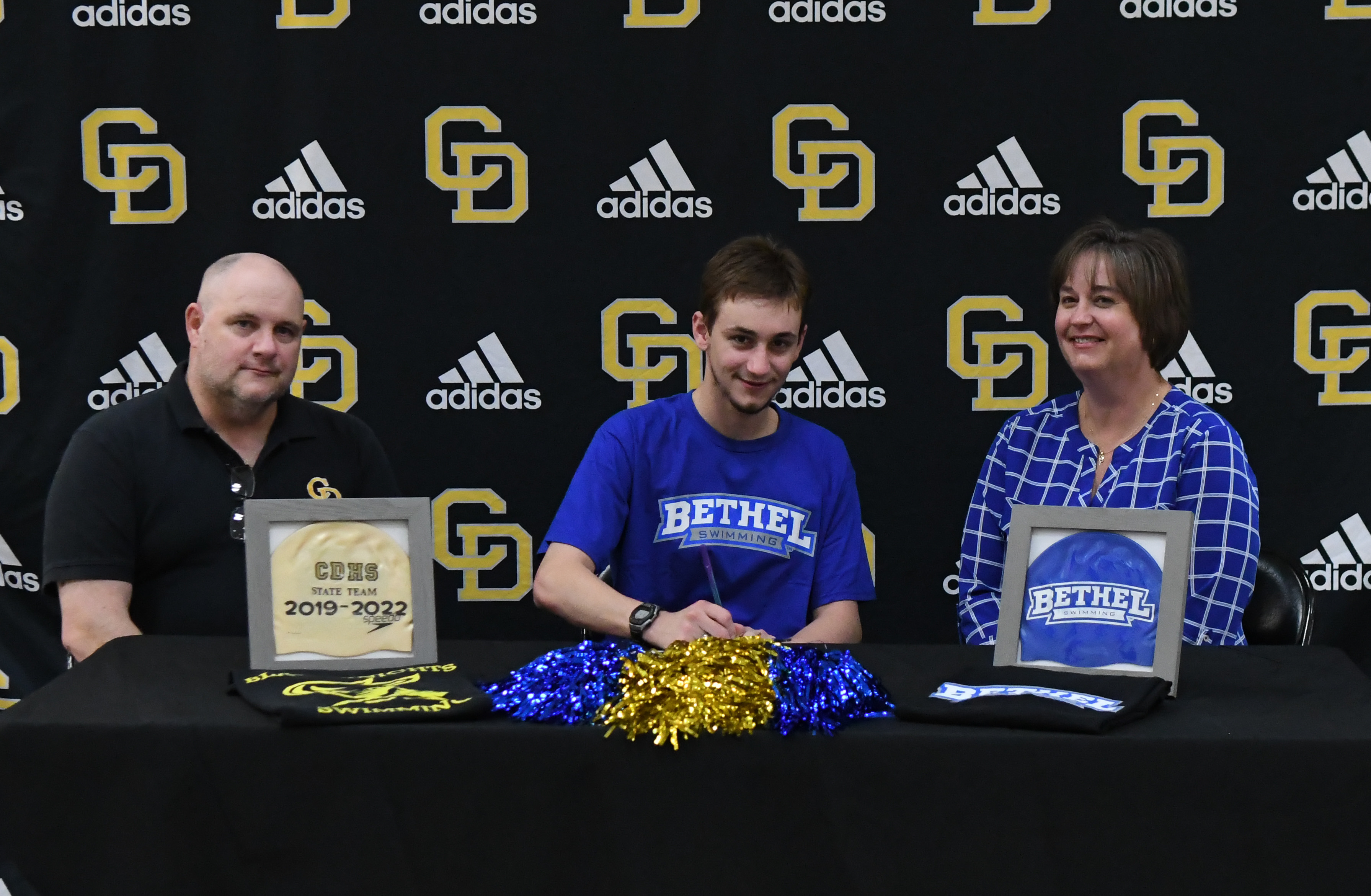 Chuckey-Doak swimmer Zack Anguish will have a chance to continue his athletic career after signing a letter of intent with Bethel University on Tuesday afternoon.

Bethel is located in Mishawaka, Indiana, just east of South Bend and just south of the Michigan border. The Pilots are members of the NAIA and in swimming compete in the Kansas Collegiate Athletic Conference. This past season Bethel was fourth in the KCAC and finished 14th in the nation with two All-Americans.

Anguish had numerous suitors, but he decided the athletic and academic offerings at Bethel were the best fit for him.

“I kept a list of pros, cons, cost, location, basically all of the things that I was looking for in a school,” Anguish said. “I kept the coaches informed of my times and Bethel was interested in me. Then after state I told my parents I wanted to go Bethel and then I called the coach told her.”

Bethel is a private liberal arts university with approximately 1,500 students, but it has connections to nearby Notre Dame which is something that interested Anguish.

He plans to major in biochemistry with a minor physics, and one day wants to develop pharmaceuticals.

In the pool Anguish plans to compete in the 500-yard freestyle and the mile for the Pilots. They are the longest events at the collegiate level and Anguish takes pride in his endurance as one of his strengths as a swimmer.

Anguish had a strong season at the high school level this year and advanced to the Tennessee Interscholastic Swim Coaches Association’s state championship meet in Nashville. In the 500-yard freestyle he placed 12th out of 78 swimmers with a time of 4:46.95.