Buffs Honor 50 Years Of Football With Win Over Union County 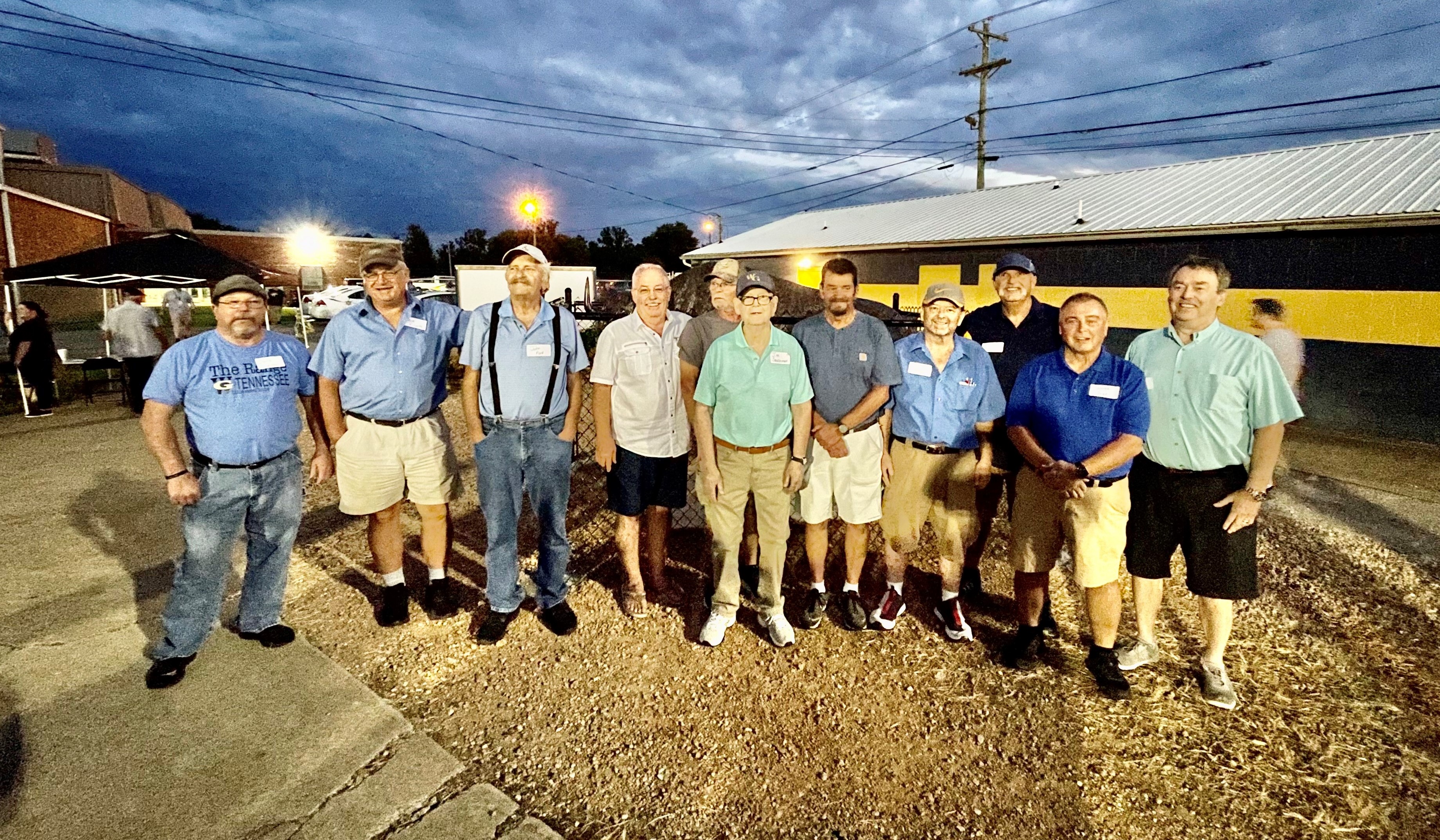 Buffs Honor 50 Years Of Football With Win Over Union County

The West Greene Buffaloes opened the 2022 season with a 27-6 win over Union County in front of a packed house on the Range on a night they celebrated 50 years of football at West Greene.

Coach Scotty Verann said, “We started a little sloppy … it being the first game and all. We had a couple bad snaps, but overall we did a good job executing. Doc stepped up, and we ran the ball better in the second half, and Hunter (Gregg) ran well also and we blocked up front, we got them going one way then countered, it was a good effort."

Former Greene County Mayor Roger Jones, who was also on that first team, said, "I had a lot of great memories here and made a lot of great friends and it all started right here on this field”.

Dale Long, another member of the first team, said, “I remember, about two hours before game time picking up rocks off the field because there was no grass on the field”.

Dawson Daniels set the tone for evening with an 18 yard run on a designed quarterback keeper off the right side. The Buffs used five different ball carriers on their short opening possession with Ethan Turner covering the final four yards for the first touchdown of the game.

The extra point was tipped at the line and was short and the Buffs were up 6-0 with 5:35 left in the first quarter.

On the ensuing drive the Pats settled down and got things going on the ground with Joey Stratton doing most of the damage. Stratton carried the ball five times on the drive, the last one for a two yard touchdown with 1:15 to go in the first quarter. Stratton’s two point conversion attempt was just short and the game was tied a 6-6.

Senior center Alex Jimenez said after the game, “We struggled a bit in the first quarter but we came together and played tough the rest of the way, we had a good week in practice and coach (Mark) Greenlee had us prepared for this."

To start the second quarter the two teams swapped interceptions, with West Greene gaining field position on Wyatt “Doc” Moody’s pick at the Patriot 43-yard line. Jaden Gregg carried the ball to the 10 yard line, and then his twin brother, Hunter, did the rest, scoring on a 10-yard scamper around the right end. The two-point conversion was no good but the Buffs were back on top 12-6 with 5:10 to go until halftime.

Hunter Gregg was the workhorse to start the third quarter, carrying the ball five times on the drive but it was Moody’s 45 yard run that set up Gregg's three-yard touchdown up the middle with 8:47 remaining in the third quarter. It was Gregg again on the two point conversion on a busted play and the Buffs now led 20-6.

Union County moved the ball to the Buffaloes 26-yard line but back to back sacks by Austin Wampler and Ethan Turner shut down any hope for the Patriots.

In the fourth quarter Wampler added a six yard run for a TD, the PAT was good this time by Gregg and the game ended with West Greene on top 27-6.

Hunter Gregg carried the ball nine times for 70 yards and two touchdowns, while Doc Moody toted the rock nine times for 81 yards, made two tackles and had an interception on defense.

West Greene will be on the road next week at Northview Academy.