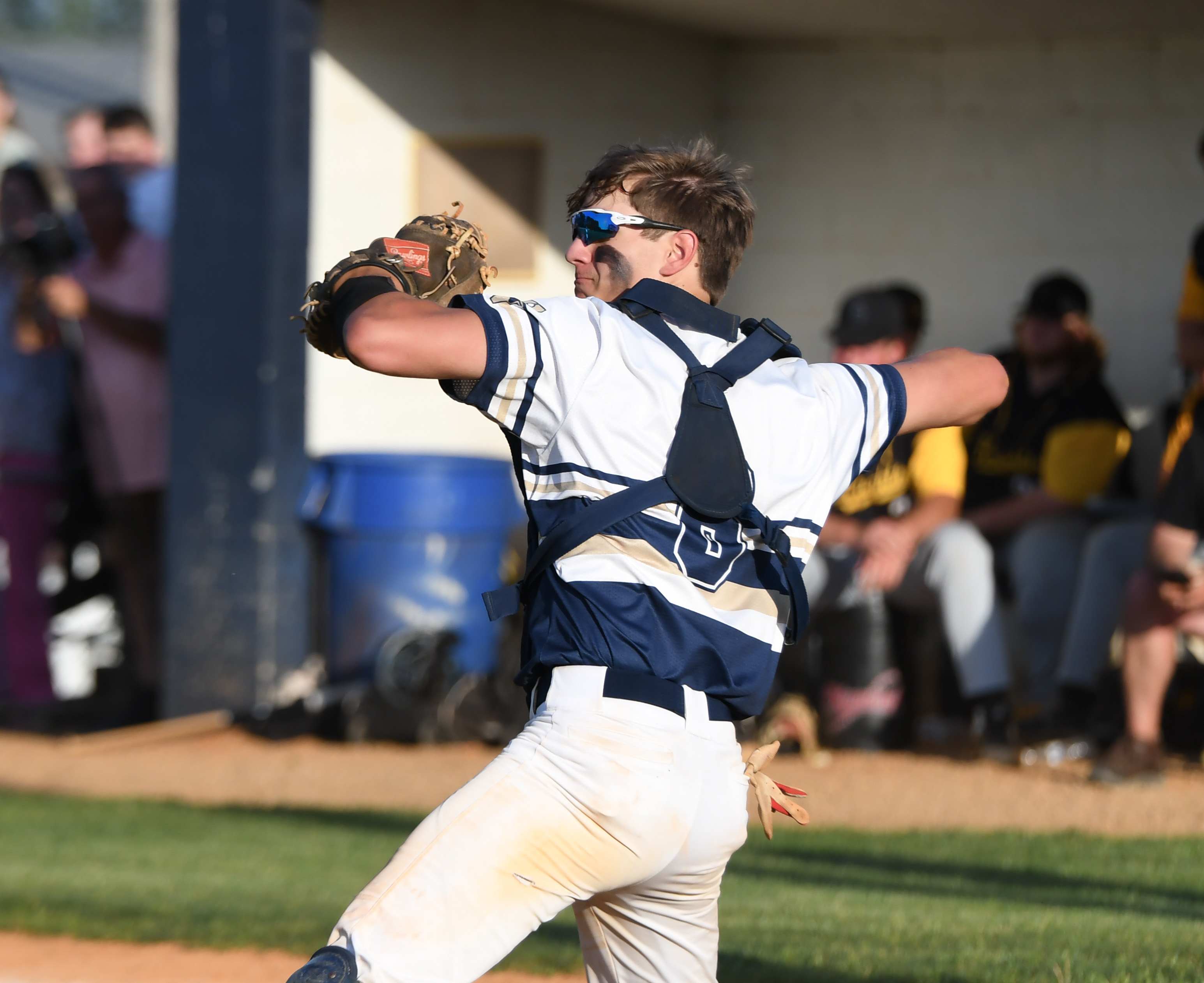 MOUNTAIN CITY - Johnson County weathered the early storm and came rolling back to prevail 11-5 over West Greene in the District 1-2A Tournament on Monday.

The Buffaloes made a statement early and took a quick 2-0 lead in the opening inning. After two free bags were given due to a walk and hit-by-pitch, Mason McCamey powered a shot into the opposite field gap to score both runs and mount a lead before the first out.

“Mason hit one into the opposite gap and we were able to score two off of it,” Buffaloes Coach Adrian Sauceman said.

Johnson County made a push toward the lead but quickly saw its chance fade away with a great defensive effort by the Buffs. With men on second and thirs base with no outs Justin Tweed got the first out with a clean throw from the hot corner. Keith Valentine picked up the second out with a scoop and throw to home plate to save a run from scoring.

Mason McCamey then retired Grayson Holt with a strikeout to keep a zero on the scoreboard and get out of the jam.

Mason McCamey worked another scoreless inning on the mound in the second inning to keep the Longhorns under pressure.

In the top of the third, Cameron Wilhoit drew a walk and put a run up for West Greene with Justin Tweed delivering the RBI on a single through the infield. Jaden Gregg drove a liner through the opposite side of the infield during the next at-bat with Mason McCamey sprinting home from second.

Braden McCamey had luck on his side when a ground ball went through the third baseman’s legs and put the Buffaloes up 5-0 with Justin Tweed scoring from second.

“First three innings we threw the ball well and hit the ball well,” Sauceman mentioned. “Had a good approach at the plate and it worked pretty well for us.”

Johnson County turned the corner in its next stretch of plate appearances and worked its way back into the contest. Mason McCamey loaded the bags on walks to begin the bottom frame. The Longhorns scored their first run after a hit-by-pitch. Mason McCamey would exit the game and Cameron Wilhoit would hop on the mound in relief.

Another walk allowed Payton Pavusek to stroll home from third and add a second run. Grayson Holt scored next after a force out at third granted him the opportunity to run home and bring his team closer to the lead.

Trey Snyder tied the game at 5-5 with a liner over the glove of Conner Campbell that cleared the bases.

The Longhorns loaded the bases once again and took the lead with another walk that pushed Trey Snyder home. A passed ball got away at the backstop as Johnson County extended the lead to 7-5 after the third inning.

Johnson County never let off the gas and stayed aggressive on the base paths and added two more runs on a passed ball and extended their lead to 10-5 after four innings played.

Mason McCamey worked a single and hopped on base but couldn’t receive any help and was left stranded. On the defensive end, Justin Tweed made a terrific diving catch in the outfield to retire the Longhorns and put his team back up to bat.

Another trio of West Greene batters would fall and the Buff’s chances of a comeback were looking slimmer. They would be able to hold Johnson County scoreless in the sixth inning and move into the seventh trailing 11-5.

The Buffaloes would go three-up and three-down and fall to Johnson County in the end 11-5.

The Longhorns will move on to face Chuckey-Doak tomorrow at 4:30, and West Greene will take on rival South Greene in a must-win game at 7:00. Both games will be at West Greene.

Sauceman left off with, “Gotta win. Gotta win to keep the season going and that’s the only thing on our mind.”