Buffaloes Head To Northview Looking To Improve To 2-0 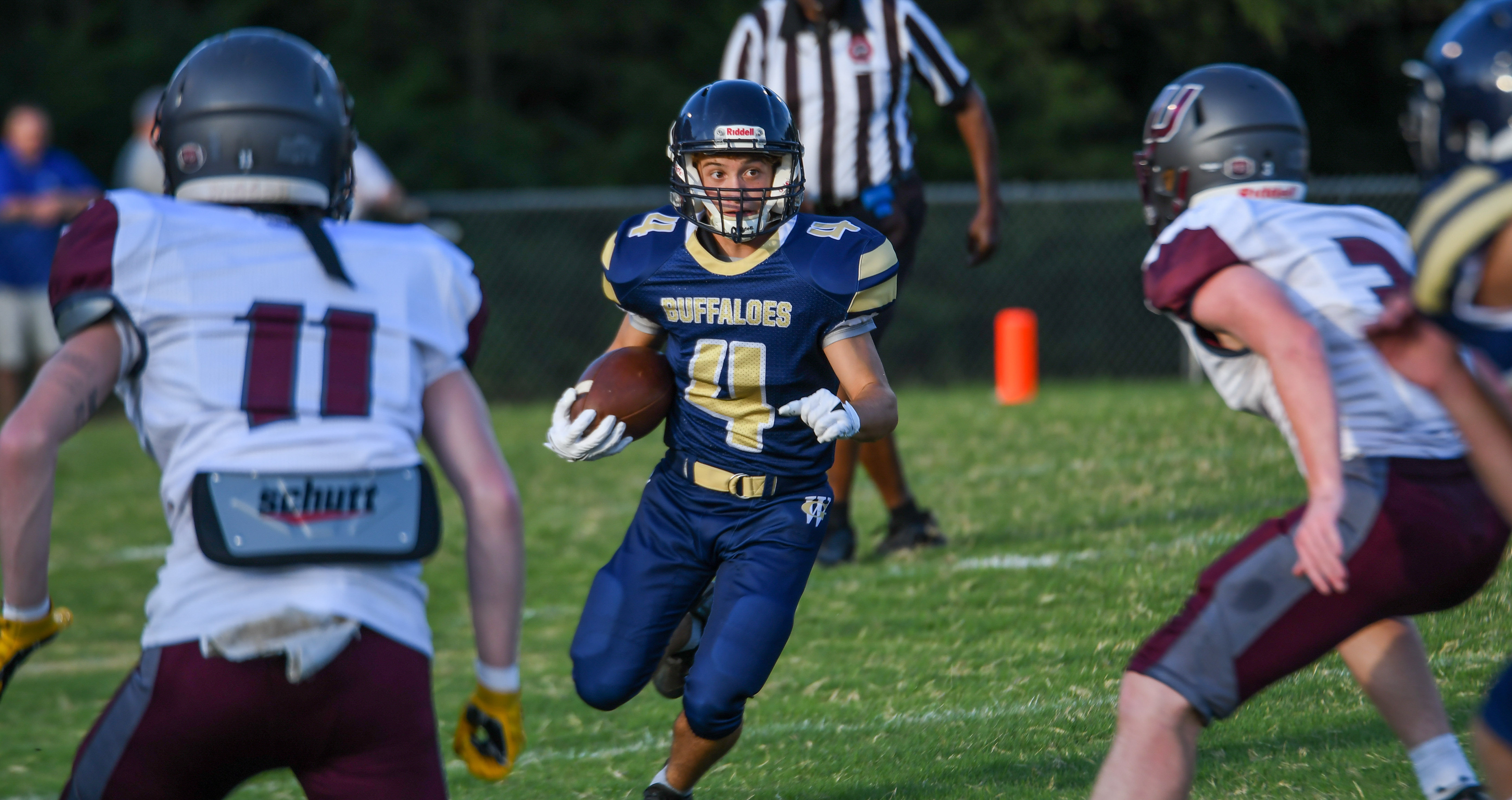 Buffaloes Head To Northview Looking To Improve To 2-0

West Greene made quick work of Union County last week 27-6 in Mosheim and now travel to Sevier County to take on Northview Academy on Friday.

West Greene coach Scotty Verran said, “Last week was a good win for us and we celebrated it all weekend." But that game is in the rearview mirror now he said, “We look at it as a one game season, we’re focused on Northview”.

Verran and the Buffaloes may have found a diamond in the rough in the JV game at Cosby on Monday evening when he discovered Kalle Nagel, a foreign exchange student from Germany. Nagel kicked three extra points in a 21-6 win. Verran said, "A kicker in high school is a weapon”.

To Verrans surprise Nagel also made a textbook tackle on a kickoff in his first action of an American Football game.

“We’ve seen film on them (Northview) and they try to spread the field and they make you defend the entire field, but I think our kids can contain them” said Verran.

He also said, “We got out of the Union game almost injury free, we had one kid hurt a finger, but he came back in the game, so we should be ok”.

He continued to praise his team’s effort in saying, "We got some younger guys in the game late to get them some game experience, which will help us down the road”.

When I ask Coach Verann what he needed to do to win against the Cougars Friday night he quickly said, "Stop the run, if we can make then throw the ball I think our defense will be up to the challenge. They have a pretty good running back, in (Tyler Glidersleeve), we need to slow him down, we can’t let him get outside”.

Gildersleeve is a 6’ 175 pound senior that had a big game at Unicoi County last week scoring three touchdowns.

The game is an early 7:00 pm kickoff in Kodak and the traffic in Sevier County is always heavy, so if you’re headed to the game you may want to allow yourself a little more time.