Black Knights Slip Up In 2-1 Loss To University High 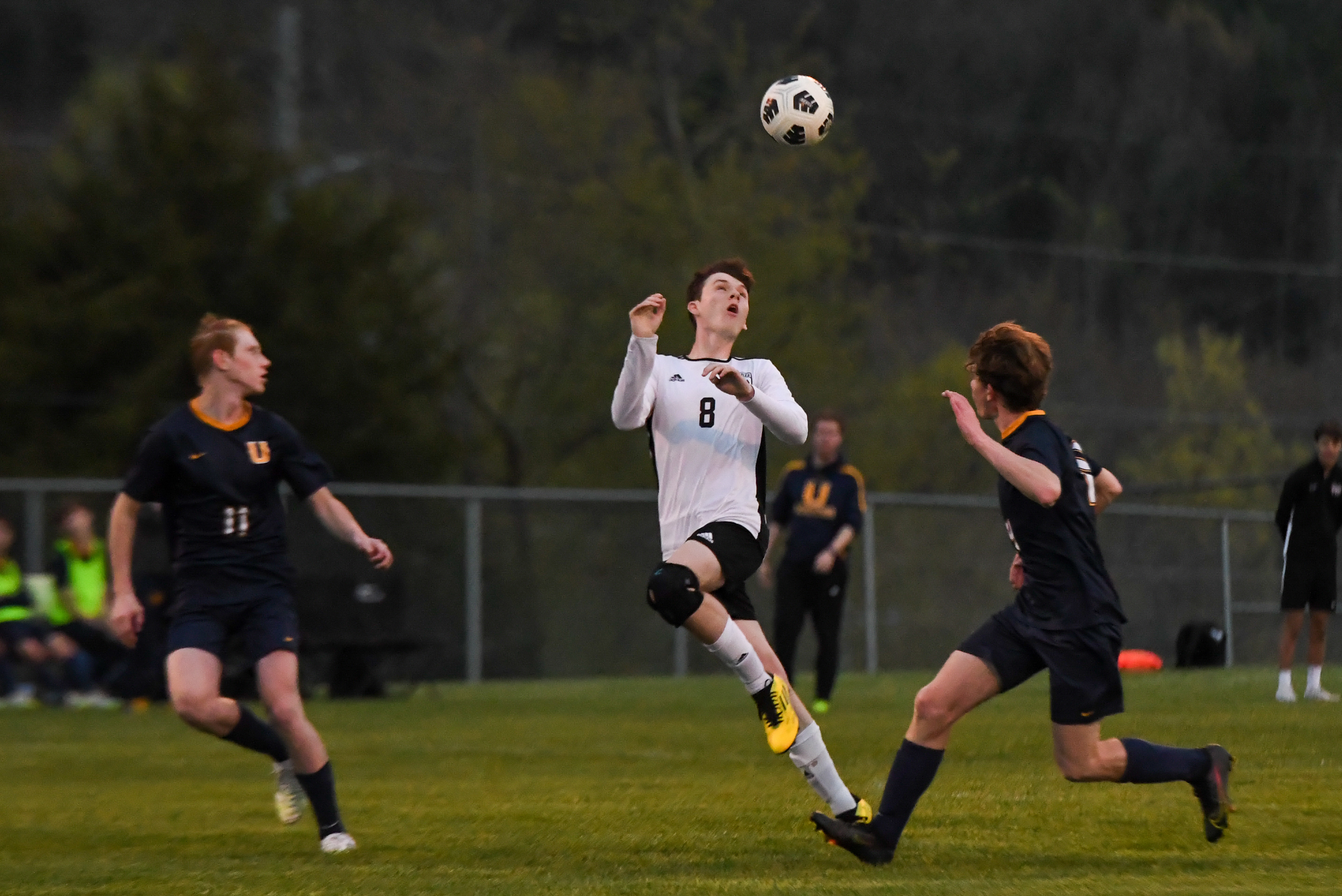 Black Knights Slip Up In 2-1 Loss To University High

JOHNSON CITY – The Chuckey-Doak soccer team had chances on Tuesday night, but could not convert enough of them while two slip ups on defense proved costly in a 2-1 loss to University High.

“I thought we played 65 minutes pretty brilliantly, but we had about a 15-minute lull where we kind of watched them play and they scored because of it,” Chuckey-Doak Cory Braithwaite said. “Two defensive mistakes were the difference. We have to do the little things better. On the first goal we just didn’t clear a ball and let them tap it in. On the second we said we had a guy marked and we didn’t mark him. We left him open and he should have scored on that shot. That’s how it goes.”

With the loss Chuckey-Doak falls behind the Buccaneers in the District 1-A standings, and will have ground to make up as it makes its way to postseason. University High now has wins over both West Greene and Chuckey-Doak in league play while the Buffaloes and Black Knights are both 0-1.

“If we put the little things together I do think we are getting better,” Braithwaite said. “I am disappointed that we lost this game, but we are continuing to improve. If we can put it all together its going to be tough to beat us.”

Tuesday’s scoring started in the seventh minute when the Bucs threw the ball in from right side. After it got loose in the box Tyler Beaver came sliding in and pushed a shot across the goal line just as keeper Levi Wirt got to it.

Over the next 20 minutes Chuckey-Doak turned up the attack and generated a handful of scoring opportunities.

In the 14th minute Rio Little took a free kick from 19 yards that Keeper Sam McGee stopped. In the 17th minute Marco Rojas sent forward another free kick from 40 yards that Ethan Grindstaff had a chance at, but McGee beat him to the ball.

Then in the 19th minute Ethan Wagers beat the defense up the left side and darted into the box from 10 yards and pushed a pass to Rojas in front of goal. Before Rojas could get a shot off McGee dove at his feet and took the ball back.

In the 26th minute the Black Knights found the equalizer on a throw in from the right side. Rojas headed the ball to Roberto Vazquez in the center of the formation and Vazquez sent a quick pass to Grindstaff who was charging up from behind the play. With no marker on him Grindstaff hammered a shot inside the right post to knot things at 1-1.

In the final two minute of first half Chuckey-Doak got three dangerous looks, but an open shot Wagers hit the cross bar, a header by Grindstaff was tipped just off the mark by McGee and then Wagers final shot of the half went over the goal again.

“We had a lot of chances tonight,” Braithwaite said. “We just have focus on those shots. We spend  lot of time taking one-touch shots like that inside of the box. The key is to stay on top and keep it low. We had two in the first half and one in the second half that were open inside in the 18 with no defenders. If you can’t finish those easy ones then stuff like this happens.”

University High started the second half on the attack, but Wirt was able to handle three quick shots on goal to preserve the shutout.

From there the Knights’ defense held strong on the back end as they smothered the Bucs’ top scorer Able Pate.

In the 71st minute the defense got mixed up and Trey Meredith found himself in front of the frame unguarded. He fired a shot from 15 yards and that gave University High a 2-1 lead.

The Black Knights turned up the attack late to try for the equalizer, but they could not get it to fall. Vazquez looked like he might have had it in the 79th minute when he got a look from six yards, but Paul Gantley slid in at the last second to stop it.