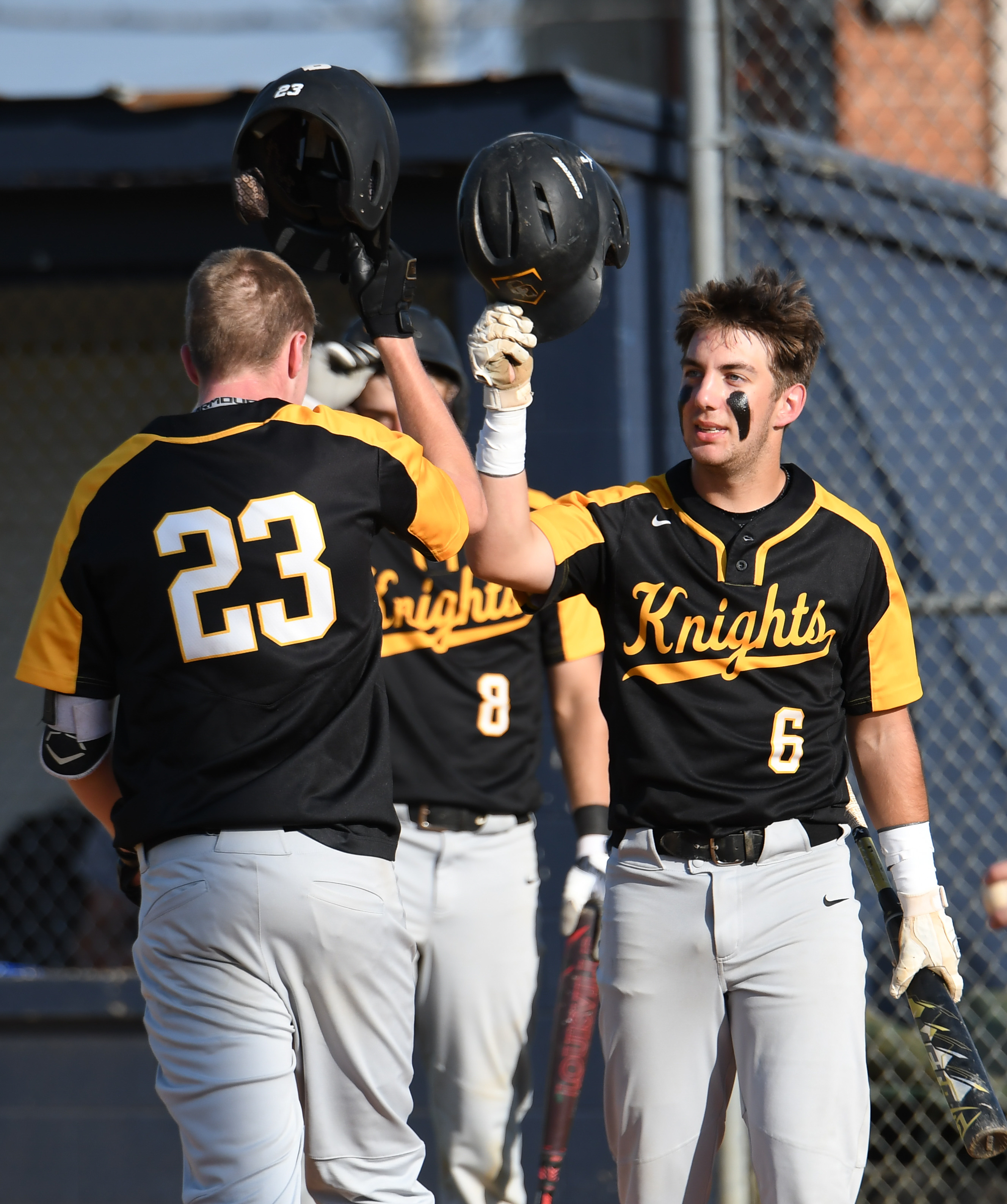 One time through the batting order on Monday West Greene was able to keep Chuckey-Doak’s bats in check, but once the Black Knights got warmed up they never slowed down and earned a 17-1 win to stay perfect District 1-2A play.

“The good thing is that I have nine guys that can hit it at any point,” Chuckey-Doak coach Jimmy Willett said. “When the top is not hitting the bottom can pick them up. That has pulled us through this year. But if we could all pull it together at the same time this team could be real good.”

The Black Knights used 10 hits to score their 17 runs on Monday with Cadin Tullock going 3-for-4 with a home run and three runs scored to lead the way.

Tullock was also able to be effective with his arm while coming back from an injury. He tossed the first 2 1/3 innings for the Black Knights with his most impressive performance coming in the second inning.

Two walks and a single by Maddox Garber loaded the bases with no outs, but then Tullock was able to strikeout the next three batters in order, all looking, to keep the score at 0-0.

“Cadin has not pitched in a while, he’s had some arm trouble, but he wanted to go tonight,” Willett said. “He did good. Cadin never lost composure. That is something he is good at, he’s a competitor. It’s hard to get him rattled and that helps him get out of those tough situations.”

In the third inning Chuckey-Doak’s offense began to find success. Austin McBurnett pounded a hard-hit single through the left side and Tullock followed with a fly ball to right field.

McBurnett scored when Jaylen Willett hit into a groundout an Tullock scored on a sacrifice fly from Cole Lamons.

Connor Lamons and Wade Fletcher walked, and then Dillon Shelton and Daytn Bowman came up with RBI singles. Shelton went on to score on a wild pitch for a 5-0 lead.

Chuckey-Doak added to its lead in the fourth inning, started by Tullock who smashed a fly ball into the right-center gap that kept carrying until it made its way over the fence for  a solo home run.

Cole Lamons was walked and his courtesy runner, Luke Myers, scored when Connor Lamons bounced a ground-rule double over the left-field fence.

A pair of errors by the Buffaloes moved Connor Lamons around the base path for an 8-0 Black Knights’ lead.

In the bottom of the inning West Greene got on the board, but not without some controversy. Conner Campbell struck out for what would have been the third out and began to walk to his dugout while the Black Knights jogged off the field.

The pitch went into the dirt, and behind some encouragement from his teammates Campbell changed directions and took off for first base. Chuckey-Doak third baseman Wade Fletcher picked the ball up from the mound and scrambled to throw it to first, but the throw was off target which allowed Jaden Gregg to reach third base.

The next pitch was a passed ball that allowed Gregg to score.

Chuckey-Doak was able to get that run back and more in the fifth inning. Tullock sent a ground ball past the shortstop to get things started and he scored from third when an attempt to pick him off went into left field.

Three walks loaded the bases for Fletcher who cleared them one ground ball through the left side. The Buffs threw the ball around, but could not catch any of the runners and allowed Fletcher to end up on third base.

To more errors and a double by McBurnett allowed three more runs to score before Willett sent a line drive to left field that pushed across Chuckey-Doak’s 17th run of the day.

McBurnett finished the game 2-for-5 with a double, an RBI and two runs scored.

After Tullock left the mound Connor Lamons threw one inning with one walk, no strike outs and no hits allowed. He was credited with the win.

Shelton threw 1 2/3 innings with three strikeouts, no walks and no hits allowed.

Austin Wampler and Campbell combined to throw the final inning.

Monday began a busy week for both teams. Chuckey-Doak will play South Greene on Tuesday and Friday, and North Greene on Thursday.

West Greene has a double header with Happy Valley on Tuesday, Unaka on Thursday, Johnson County on Friday and North Greene on Saturday.