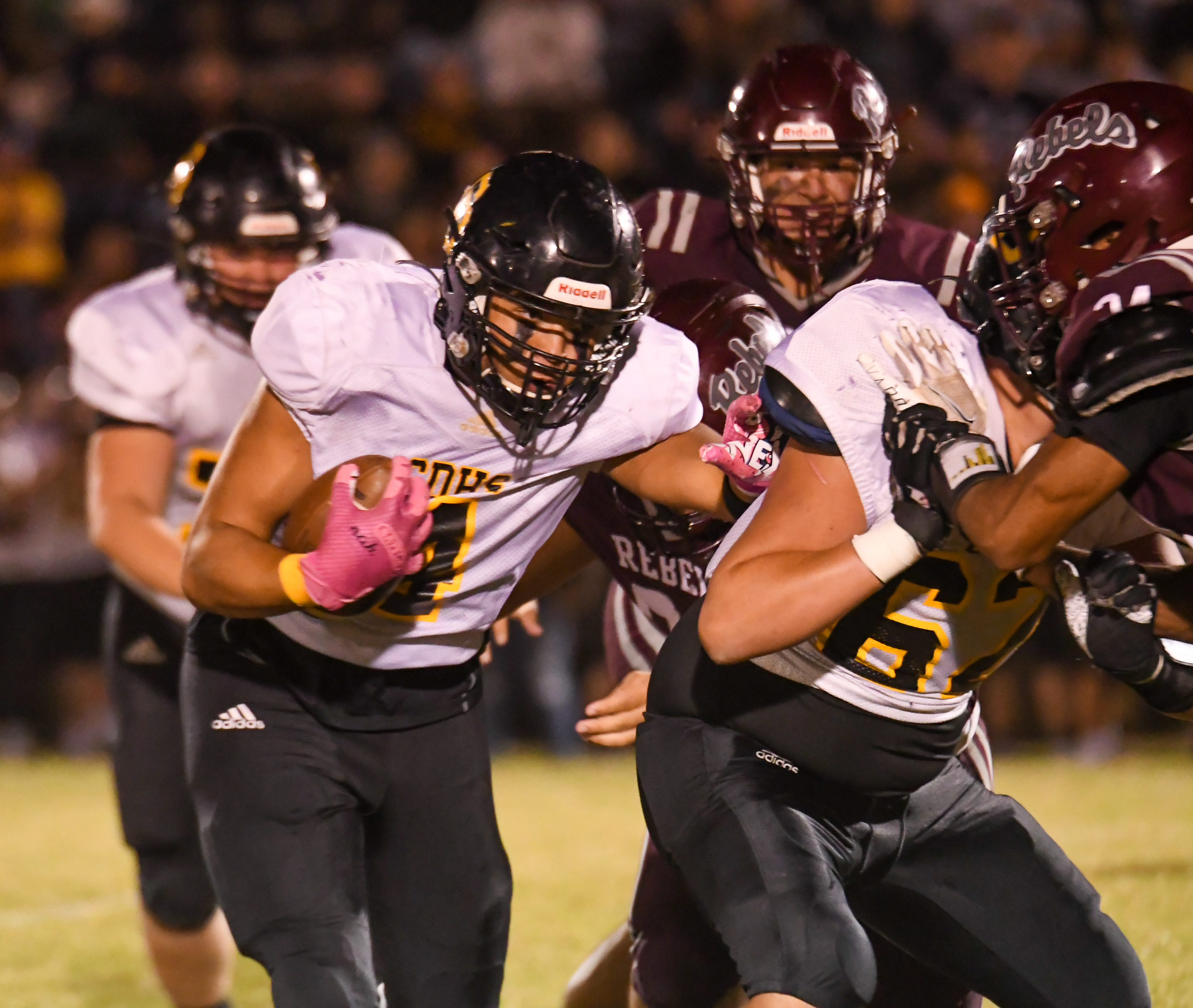 The Chuckey-Doak football team is off to its best start since 2015, but is now looking at its toughest test yet as it travels to Erwin on Thursday for a Region 1-3A showdown with Unicoi County.

The Blue Devils are 6-0 and ranked No.4 in the latest Class 3A AP Poll while the Black Knights are 4-1 and have been sitting just outside the top 10 for most of the year.

“Anytime you are playing the fourth-ranked team in the state there is going to be some angst,” Chuckey-Doak coach Dallas Kuykendall said. “They are deserving of their ranking and this is going to be a tough test for us. We have our work cut out for us, but I think our kids are up for the challenge. This is an important region game for us. When you look at playoff seeding, and the region on the other side of our bracket, you definitely want to finish in the top two, at least, of our region.”

The game was moved to Thursday midway through the week due expected rain storms in the area on Friday and that has required the Knights to change up the practice schedule, but Kuykendall is confident his guys are familiar enough  with the Blue Devils already.

“Unicoi is a team that we have played in some really good games. These seniors have been a part of some good wins and some close defeats, but I think both programs know each other really well,” Kuykendall said. “We had to move practice around and essentially we are trying to squeeze everything into two days.  I would be more worried about the schedule if it was a non-region game, but with it being a region game they know us and we know them.”

The biggest challenge the Black Knights will have on Thursday is figuring out how to stop Unicoi running back Nehemiah Edwards who last week in a 56-35 win over Sullivan East ran the ball 33 times for 343 yards with seven touchdowns. Through six games Edwards has run for 1,259 yards and 21 touchdowns.

“Their running  back has been running on everybody. They do a great job of running the ball, he runs hard and he has some break away speed when he gets out in the open. I would expect him to have anywhere between 20 and 35 carries. When they need a play, they are going to run the ball.”

While Edwards garners most of the headlines for the Blue Devils Kuykendall knows that that Unicoi County’s passing game can also be dangerous. To this point in the season Unicoi is averaging 41.8 points per game.

“They also have some receivers on the outside that do a good job of playing the ball in the air,” Kuykendall said. “They  do a good job in their screen game. They can throw the ball, but at the end of the day if they need yards (Edwards) is who they are going to.”

Chuckey-Doak enters the contest with its own dangerous offense and during its four-game win streak has scored 44.5 points per game. The Black Knights have been able to make big plays on the ground and through the air, but this week Kuykendall feels like the game plan will be to rely on running back Brasen Murvin to carry the load.

“We have to focus on getting off to a good start and executing our game plan,” Kuykensall said. “Up front I think we can take advantage of some things they do defensively. I think there are some things that will give us a good box. If they give us the box counts we expect then we should be able to run the ball. I think Brasen can be a difference maker in this game.”

Last week in a 34-6 win over South Greene Murvin had 88 all-purpose yards and two touchdowns, almost all of it came in the second half.

Both Unicoi County and Chuckey-Doak are 1-0 in Region 1-3A play while West Greene leads the league at 2-0. A win on Friday would effectively secure a playoff spot for Chuckey-Doak and put it a strong position to earn a home game in the first round.

Last year Unicoi County won the meeting in Lower Afton 20-12, and the Blue Devils lead the all-time series 19-6. Kickoff on Thursday is scheduled for 7:30 p.m. at Gentry stadium on Erwin.

The only common opponent the teams have this year is Happy Valle. Unicoi beat the Warriors 41-6 and Chuckey-Doak won 49-7.