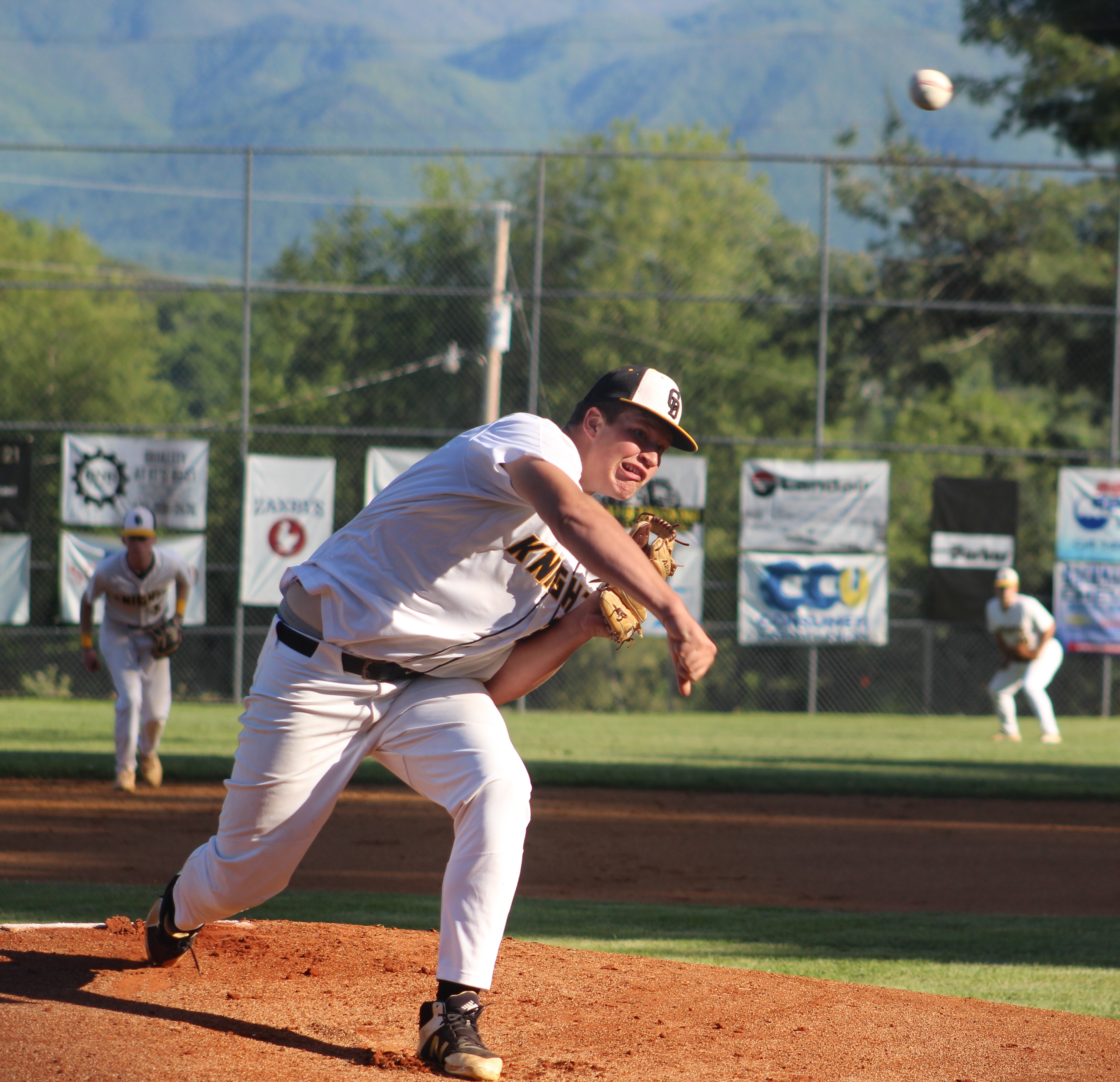 Chuckey-Doak got back in its groove on Monday night and blew out South Greene 15-2 in the District 1-2A Tournament semifinals.

The Black Knights got 15 runs on 14 hits, three of them being homeruns, and now they move on to Tuesday's winners bracket finals game against Johnson County at West Greene at 4:30. South Greene will take on West Greene at 7:00 with both teams playing to keep their season going.

After dropping the last two games of the regular season Chuckey-Doak looked to get back on track and they wasted no time doing that.

Coach Jimmy Willett said, “All these guys are solid, one through nine and we just got to play ball together”.

They did just that from the get-go. In the first inning Cole Lamons started the show by hitting a single to the shortstop scoring Austin McBurnett. His brother Connor Lamons, who went 3-for-3 with four RBIs, went deep for a homerun to left field scoring three runs.

Just a few batters later, Datyn Bowman hit a moonshot on top of the football press box in left field scoring two more runs and just like that Chuckey-Doak jumped out to an early 6-0 lead.

Senior Wade Fletcher bragged on senior Bowman saying “Daytn has come so far, from freshman year not playing much to now being the best hitter on the team. He is what this team is all about and that shows all the hard work we have put in.”

South Greene got one of those runs back in the second inning when T.J. Buckner got a single on a fly ball to center field scoring Hayden Hartman.

In the third inning the Rebels kept chipping away at Chuckey-Doak’s lead when Nathan Lisenby scored on an error by pitcher Christian Derry to close the gap to 6-2.  Derry finished his day on the mound pitching 2 2/3 innings only giving up three hits and two runs.

Chuckey-Doak extended their lead to 8-2 in the bottom of the 3rd when Fletcher, who also went 3-for-3 with three RBIs, hit a two-run homerun to right field.

Jesse Lawing, who was on the mound for the Rebels saw his day end after the third inning. Lawing allowed seven hits and gave up eight runs.

Lisenby came on in relief for the Rebels in the fourth, but the Black Knights kept the bats alive. Jaylen Willett singled on a line drive to center field scoring McBurnett and Austin Smith to stretch the lead to 10-2.

Lisenby then walked two straight batters that scored Shelton. Tullock then singles on a hard ground ball to left field to push across Bowman to get to the eventual final score of 15-2.

With just three more outs needed to complete the 5-inning run rule, Fletcher got a strikeout for the first out. Fletcher’s day on the mound ended with four strikeouts and no hits in two innings pitched. Shelton came in to get the last two outs by strike outs.