Black Knights Expect To Get Physical In Trip To Grainger 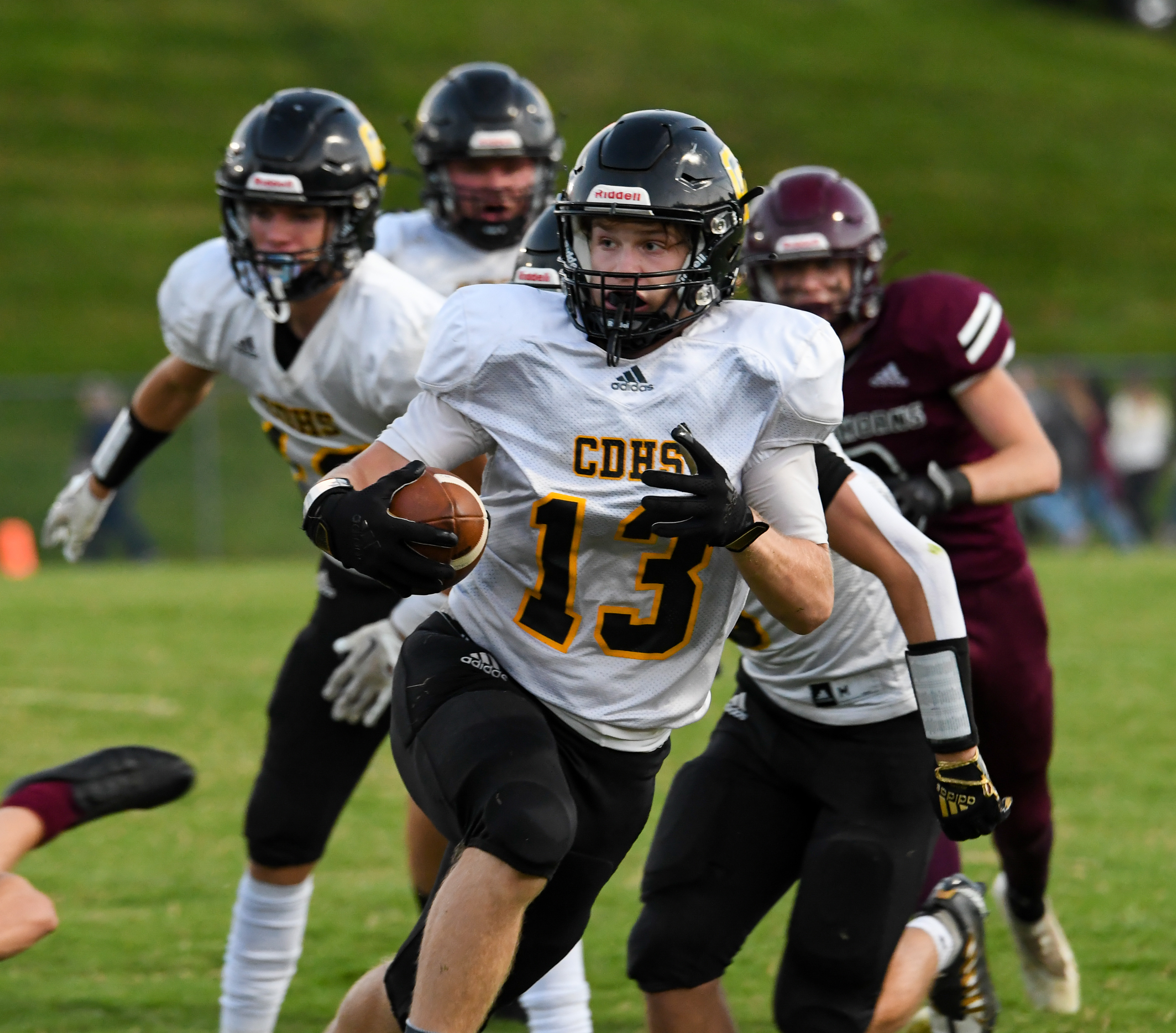 Black Knights Expect To Get Physical In Trip To Grainger

Chuckey-Doak is riding high after consecutive lopsided wins, but things will get tougher on Friday night as the Black Knights head to Grainger.

Last week Chuckey-Doak took down Johnson County 39-6 and the week prior it handed Happy Valley a 49-7 loss, but now it will have to get ready for the physical run game the Grizzlies will employ to try to beat Grainger for the first time since 2014.

“Grainger is going to be a really physical team,” Chuckey-Doak head coach Dallas Kuykendall said. “We have tried to plan our practice around that, and make sure our kids understand what kind of effort and attitude its going to take to win this ball game.”

Offensively the Grizzlies will rely on their run game which is led by Ticker Gillette, who ran for 106 yards and two touchdowns last week against the Patriots. Dylan Fowler was a nice compliment with 79 yards in last week’s win.

“They are a really sound team up front,” Kuykendall said. “Offensively they are going to try to run the ball, they are about a 70/30 run to pass team. They want to get down hill and control the game that way. They will use and H-back a lot like an I-formation will use a fullback, and he leads the way for a lot of their run game.”

Chuckey-Doak will go into Friday’s action looking to establish the run as well, and Grainger better be ready for a heavy dose of junior tailback Brasen Murvin. Against Johnson County Murvin ran for 84 yards and a touchdown, and against Happy Valley he had 139 yards and three touchdowns. Last year against Grainger he ran for over 200 yards.

Kuykendall knows that each possession will be valuable on Friday, because he does not expect to get too many. The Grizzlies ground game can not only march down field but it keeps the clock running, and that means Chuckey-Doak has little room for error when it has its opportunities to score.

“Offensively we have to be able to run the ball and move the chains,” Kuykendall said. “We have to convert third downs, and then take our shots when they present themselves. We are going to lean on our guys up front to grind out rushing yards. This is type of game where you are not going to get a bunch of offensive possessions, so we have to maximize our opportunities. We can’t go three-and-out, three-and-out and look up and the first half is almost over.”

The Black Knights have shown the ability to make big plays in the passing game this season and last week Brock Rush pulled in two touchdown passes while Cadin Tullock threw for 221 yards and three scores. If Grainger loads the box to stop the run, the Knights will look for the home run play from Rush, Austin Morris or Isaiah Treadway.

Last year Grainger won the meeting 28-6 and the Grizzlies have win five in the row against the Black Knights.