Bearden Gets By Greene Devils In Second Half 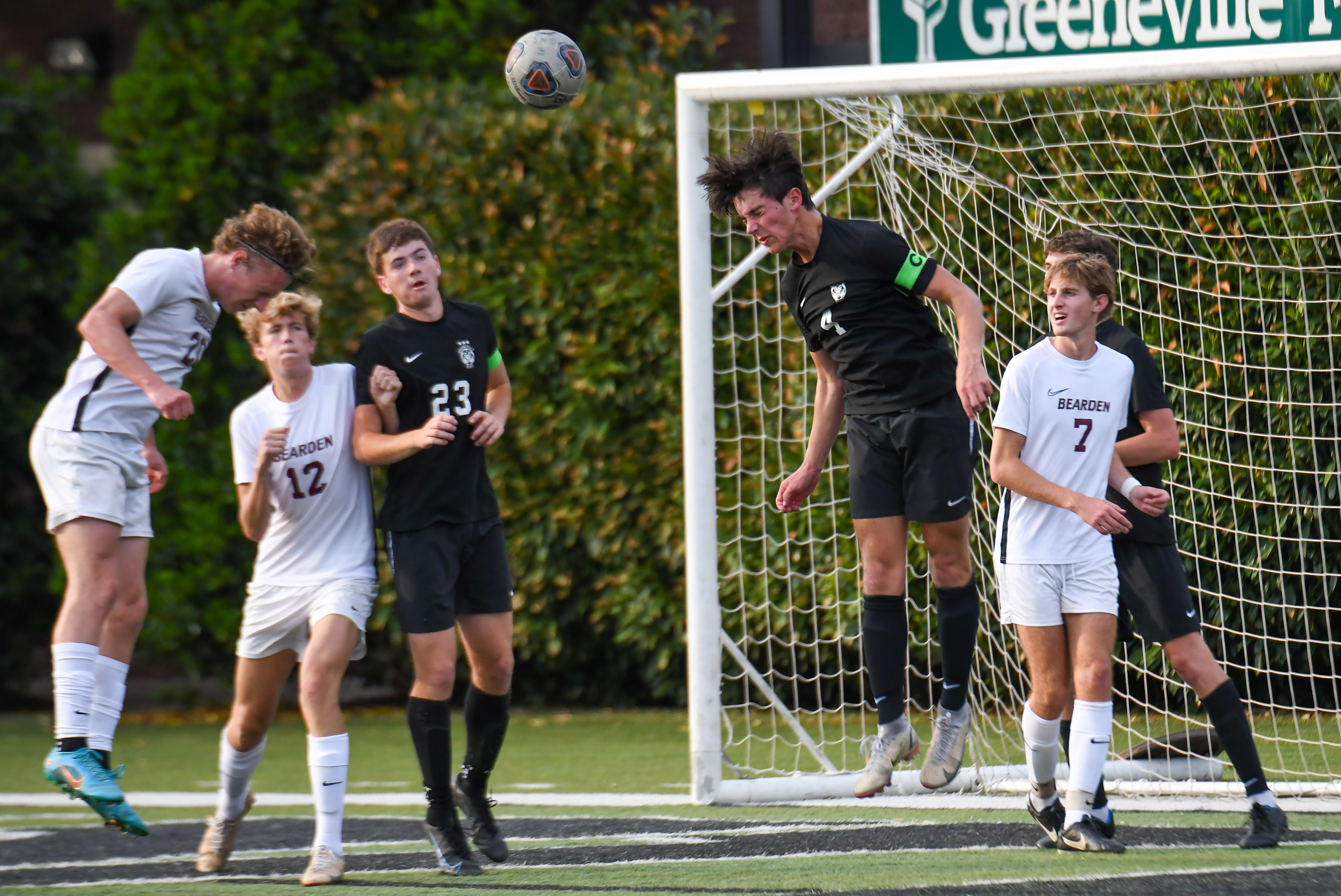 Bearden Gets By Greene Devils In Second Half

The Greeneville soccer team went neck and neck with Bearden for the first half on Monday night, but in the second half the depth and talent of the Bulldogs proved to be too much as they handed the Greene Devils a 5-1 loss.

“We came in with a lot of energy, and I felt like we played a pretty good first half,” Greeneville coach Jerry Graham said. “I think we withstood so much pressure and exerted so much energy in the first half. That was one of the hardest halves of soccer we have played, and Bearden is one of the best teams we have play in a long time, easily this year.”

Monday’s game was one of three for the Devils this week as they close out the regular season. On Tuesday they will take on Volunteer and on Thursday they will play Hardin Valley. The District 1-AA Tournament will begin next with Greeneville as the top seed, and Graham wants his team to focus on minimizing their mistakes before the postseason arrives.

Monday’s action started with the Bulldogs taking the lead in the third minute when Lucas Nordin fired a shot from just beyond the box along the left side and banged it off the right post for a 1-0 lead.

Greeneville wasted little time answering and in the 10th minute Austin Beets began a run from the Bulldogs’ end of the field. Beets moved the ball ahead to Cade Snelson who dashed to the top of the box before slipping a pass to Drew Shelton who was flying toward the right post.

Shelton met the ball with a quick touch and sent it across the frame into the left side of the net to knot things at 1-1.

“I think one of the things we have done this year is be resilient when we have fallen behind early,” Graham said. “We did a good job getting that equalizer, and I thought we worked hard trying to get that second goal.”

Greeneville kept up the attack following the goal and saw Alden Wakefield send a shot at the keeper in the 12th minute. Landyn White followed with a header on a corner kick in the 13th minute but it was turned away as well.

The Bulldogs controlled the attack for the remainder of the first half, but Greeneville’s back line of White, Drew Hillyer, Park Mitchel and Connor Stayton were able to keep the ball out of the net.

Bearden turned up the pressure in the second half, and in the 46th it began to pull away when Nordin pulled up for a shot from 30 yards and curled it in to give the lead back to the Bulldogs.

Three minutes later Cole Hutchinson sent a corner kick over the defense to the back post where Rudy Dardon punched in a shot for a 3-1 lead.

The Bulldogs kept the ball on their end of the field for much of the second half and the 63rd minute they found the back of the net again. Jasper Clapp worked to the end line left of the goal and sent in a tough angle shot.

The final goal of the night came in the 77th minute when Cooper Cross scored on a breakaway goal.